I started a fun, personal video series via my YouTube channel on September 20, 2017 and so far have produced a set of 18 videos for 2017. After I figured out what exactly I wanted to do with the series (about 3 episodes in…starting around October…), I resolved to releasing one new episode every Sunday.  [The Sunday episodes will run to the end of the year. See 11/21/2017 Update below.] You can check out the schedule on this page, with direct links to each aired episode.

The premise of “Bell Chimes In” is me chiming in on a topic well-treaded in the metaphysical, occult, New Age, and alternative spirituality communities to give my perspective and just my opinion. This series isn’t about me, however. It’s about us. It’s about discourse and appreciating the collective ideas of a community. So after watching these videos, I hope you’ll chime in, too, whether that’s through a video of your own, a blog post, or just in the comment section to each episode. Even if you don’t chime in publicly, consider the episode to be a weekly prompt, and take the moment to reflect more comprehensively on your thoughts and your own position on the matter.

A couple hat tips are in order for this 2017 series: 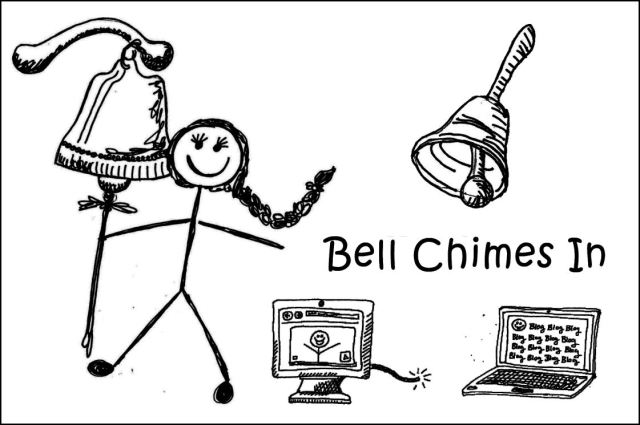 After making the video chat, sometimes I realize there were points I wanted to develop further or points I missed entirely, so when I feel it’s important to, I’ll extend the video via a blog post and write an addendum to the video. So be sure to check the description box of each video to see if there is an addendum blog post. Sometimes I like to hide the juicy personal stories or more provocative points in the post rather than talk about it in the video.

Even though names weren’t credited for all the episodes, you should know that every single episode of “Bell Chimes In” is inspired by topics that have been perpetuated for discussion in the communities and circuits I lurk in. In fact, that’s the whole point of the series. No topic is independently conceived by me. Rather, the whole premise for the series is I’ve been hearing folks chatter about something and so now I would like to chime in to share my own thoughts and opinions on that something.

Whenever a specific name can be credited for my inspiration, I will give it. But broadly speaking, by the time I get around to addressing these topics, usually a whole bunch of folks have already shared their point of view so it isn’t easy sourcing the topic back to its ground zero.

Also yes, I am painfully aware of how cheesy a lot of my video editing and production antics were, what with the sound effects and cuts. But I think I’ve got the cheese out of my system now, 18 episodes later, so I’m anticipating less cheese in 2018. Just think of it as the price you pay for watching these videos. Part of why I make the videos is fun. I’m learning how to make videos, for starters, and derive much personal joy from inserting sound effects and doing weird jump cuts. So grin and bear it.

Although the 18-episode series for 2017 is done, the 2018 set is still on the drawing board. I don’t even know if the 2018 set will look anything like the 2017! Everything is open for discussion and for change. So if there is a topic you definitely want to see me chime in on in a future episode, let me know! If there’s a particular direction you envision the “Bell Chimes In” series going in, I’m listening and would be happy to hear your thoughts.

10/28/17 Update: Initially “Tradition vs. Solitary Occult Practice” was scheduled for Episode 10, November 12, but it has been moved into the 2018 series. In its place will be “Selling Fu Talismans,” in response to a question I was asked.

11/20/17 Update: Initially “Witch Wars and Drama”  was scheduled for Episode 13, December 3, but it has been suspended for further review. In its place will be a two-part chat on curses and baneful magic. Episode 13 is “Curses and Baneful Craft” while Episode 14 immediately following it is “Can’t Curse, Can’t Heal.” Both episodes will air on the same day.

11/21/17 Update: I’ve decided to extend this debut “season” of Bell Chimes In and added two more episodes to finish off 2017. Thus, there will be a total of 18 episodes this year.