Reading a natal chart is an intuitive art. I know some folk see it as an empirical science. I won’t get into that debate about whether astrology is a science, but I will say that natal chart interpretation is a reconciliation process. There are the celestial bodies, each with certain attributes and what those attributes are won’t vary too widely from one astrologer to the next, though each will probably use different words or motifs to express those attributes. Same with each of the zodiac signs and same with the houses. The House and Sign method of interpretation is essentially a reconciliation of the celestial bodies, signs, and houses.

How do you reconcile? Well, there are rulerships, there are modalities, there are elemental dignities, and there are distinctions between the diurnal and nocturnal sects of the chart. The celestial bodies may tend to act differently depending on which sect they’re in. There’s microscopic analysis of individual parts and then there’s macroscopic analysis of how the various parts interact with one another (i.e., aspects) and even patterns that the celestial bodies form on the chart.

There is a systematized methodology to the interpretation and astrologers often adjust and continue to hone those interpretive systems based on close observation and experience. Collectively, astrologers share that knowledge with one another to further expand on their discipline. There are very precise techniques and what I have found most intriguing of all is whether you’re applying Vedic astrology, Chinese astrology, Islamic astrology, or Hellenistic astrology, there are more similarities in their interpretive methods and systems than there are differences.

The purpose, when all is said and done, is to get a sense of who you are. Natal charts are often a spot on description of your personality, constitution, and how you’re likely to develop from early childhood to adulthood, though the chart is by no means deterministic. I don’t know how or why exactly, but they’re also eerily accurate descriptions of your physical attributes. Most important of all, they hit on what drives you, what your impulses are, and what’s going on in your subconscious or unconscious. By knowing that, you’re likely to proceed in life with more informed decision-making. 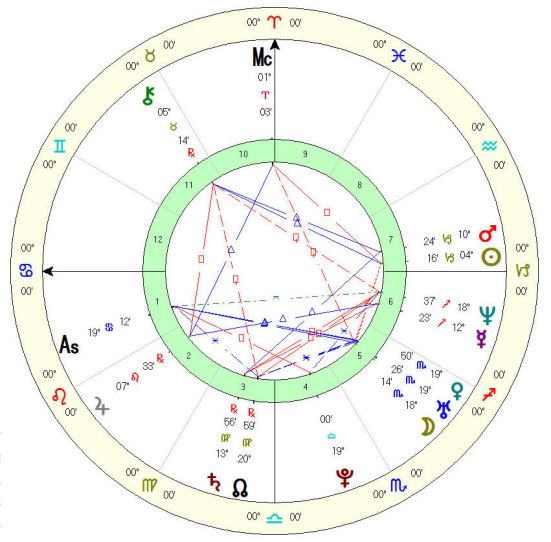 The contents of my website should be treated as a companion guide read in conjunction with a professional astrologer’s natal chart report for you. After seeking out a professional astrologer and having your natal chart read, assuming he or she has adopted the whole sign houses method of Hellenistic astrology, the information here can help fill in some expositional gaps where an astrologer may have glossed over “Astrology 101” points in the interest of time. Your astrologer’s work was to interpret the chart for you and apply it specifically to your situation so that you may get as much concrete information relevant to you as possible, and usually to be done within a limited amount of time. To do that means you might leave knowing you’re prone to being emotionally intense but you might not totally get what a moon sign is, what’s up with the moon, or why your astrologer kept saying Scorpio when you’re a sun sign Capricorn and all your life you’ve focused on Capricorn. My hope is this page will help fill in some of those information gaps and you can then get the most out of your astrology reading experience with your astrologer.

Also, for tarot readers, gaining a foundational knowledge in astrology will change your tarot reading life. That’s a promise.

THE ESSENCE OF YOU:

In the geocentric ecliptic coordinate system used as a reference for the celestial bodies in our sky, the ascendant is that point at the eastern horizon we see about to rise. Ascendant signs (also referred to as rising signs) change every 2 hours, give or take, and so it’s going to be a lot more precise and specific of an articulation on who you are, more so than your sun sign, which is what you look at when you’re reading your horoscopes from the newspaper.

It’s purported that the ascendant sign can note your physical attributes. Those who are ascendant sign Aries tend to have striking, sharp facial features, and a prominent nose, mouth, or chin. Ascendant sign Taurus are a bit more squarish in physique, endomorphic, but very balanced proportionately, with harmonious features. They’ll tend to dress in more classic, timeless styles. Ascendant sign Cancers often need to work on their posture, tend to be mesomorphic, but have soft features that give them a look of naiveté. Cancer women can have a tendency to look like a deer caught in headlights. Ascendant sign Leos tend to have a proportionately bigger head than the rest of their bodies, with thick or big hair and open facial features, real pleasant to look at. Ascendant sign Capricorns are bony, strong, with a jointed physique, and have a scholar-sage look about them. Ascendant sign Aquarians are usually eccentric in some way, but beautiful to look at. They’re good-looking folk.

Of course, your ascendant sign is more than what you look like. It’s your ego, the Self. Your health. Your well-being. Your projected external character. It is often your first point of action that attracts others to you, that attracts relationships, such as business partners or marriage. It can tell how you interact with others. A sun sign Gemini with an ascendant sign Taurus is going to be more practical and down-to-earth in persona and outer disposition than other Geminis, though such a native (what we call the person whose natal chart is getting read), though with that Gemini sun sign, that native will still be quite intellectual and maybe even inherit some of the capricious qualities of Gemini.

Depending on what the ruling planets for both signs are doing and the planetary aspects in the native’s chart, the ascendant sign and sun sign could amplify each other or in many respects, cancel each other out. If a native’s sun sign is in opposition with the ascendant that also happens to be a different element and modality from the sun sign, for example, then it might suggest a more unpredictable life path, because the native could go any which way in terms of his disposition. A sun sign that is in trine with an ascendant, on the other hand, especially if both are of the same modality or same element, could show greater predictability in disposition and behavior. This person tends to act this way, and very much so, and so the future life path is a bit clearer to see.

So when someone says to you, “I’m a Pisces,” the person is talking about the sun sign. When someone goes out of her way to say, “I’m a sun sign Pisces, ascendant sign blah blah blah moon,” then that someone has probably gotten her natal chart read before.

Some say the sun sign, read within the context of everything else that’s going on in a natal chart, in particular the midheaven, which I’ll get into in a bit, illuminates the path to our greatest possible destiny. The sun sign is also considered the karmic line. It denotes what it is we are to learn karmically in this life. It’s about our style of achievement, our aspirations, and can often denote skill sets or innate talents.

Your moon sign denotes your emotional quotient, your subconscious, and your impulses. For me, I also use the natal moon as the first prong of a past life astrology reading, though more on that later.

The moon sign can indicate why you do what you do, why you say what you say, and reveal a lot about what’s going on beneath the surface of what others see.

If a native is a sun sign Leo with the sun flanked on one side by Mars and on the other Mercury in retrograde all in the eighth house, such a person could be self-destructive, have a horrible temper, and will shoot first and ask questions later. She will burn bridges and yell out as she storms away from the bridge she just lit on fire, “I don’t give a ******!” and in many ways, may appear unstable to outside onlookers.

However, say that the native’s moon sign is Libra and that moon is in trine with Venus in the seventh house. Suddenly I’d say wait, not so fast. This native is actually quite stable inside. Emotionally and intellectually, I’d say um, yeah, she definitely has her shit together. Don’t underestimate her judgment just because on the surface she looks like a ticking bomb. Such a moon sign will in fact show a much calmer subconscious with a healthy emotional quotient than her external character might let on. Her inner impulses and intuitions will often lead her to make the right call. Perhaps Mars can cause her to be a bit too forthright, or– heck, to lack tact at times, but chances are she burned that bridge in the greater interest of justice. There is often a greater good or higher principle served by her actions.

In contrast, a Cancer sun sign with Pisces ascending may seem sweet, good-natured, and lovely, but if her moon sign is in Scorpio with a Pluto trine and a few choice oppositional aspects thrown in there for good measure, there may be a little more wild-eye crazy to her than you think. So when assessing a personality by way of a natal chart, do not ever, ever overlook the moon sign.

One thought on “Reading Your Natal Chart”