Llewellyn released The Witchling Academy Tarot earlier in the year, a deck by Pamela Chen and illustrated by Mindy Zhang, an anime illustrator whose primary medium is ultra-femme and kawaii digital art. Pamela Chen is also the creator of the Crystal Unicorn Tarot (which I’ll be reviewing in the near future), a spiritual life coach, and energy healer. You can watch a great video interview of Chen on Wai Asks, by another fellow tarot content creator, Wai Yim.

This deck takes me back to my girlhood days, and it’s wonderful. The Rider-Waite-Smith gets a magical girl manga makeover and the result is a graphic novel inspired by East Asian comic styles with all the witch school YA tropes we love.

In a whimsical homage to the Fool’s Journey, the running theme through this deck is a legendary apprentice from the Academy named Charlie and her Harry Potter-esque adventures through witch school, discovering her family history, dueling with a witch school nemesis, learning basic spellwork, mastering the elements, meeting magical mentors, and forging memorable friendships.

The guidebook accompanying the deck reads like a student orientation manual for a new enrollee at the Witchling Academy of Magic, even beginning with a Witchling Academy Charter that gives you an overview of the mission statement, vision, and structure of the Academy, all of which is a metaphor for your personal spiritual journey as a witchling in the real world. 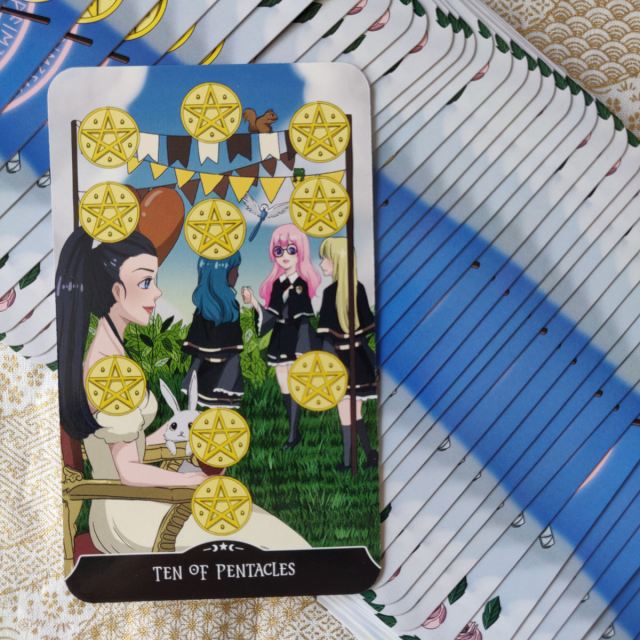 The school (and the deck) provides a fully comprehensive magical education via four Houses, each House focused on a specific curriculum. You’ve got the House of Wands where you’ll channel fire magic, the House of Cups for potion crafting, the House of Pentacles for healing and growing plants, and the House of Swords for enhancing your combat abilities.