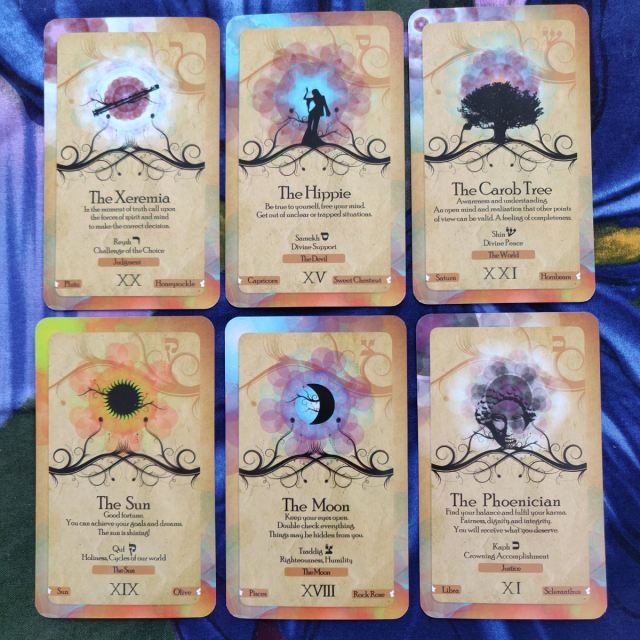 I was gifted this deck ages ago, but it sat dormant for years, and I only recently thought to take the cards out of their box and give them a whirl. The Ibiza Tarot: Oracle of Tanit is a 39-card oracle deck inspired by 22 keys from the Major Arcana, the tarot court cards, and the Phoenician folk magic found on Ibiza, plus cards corresponding with the ancient gods. 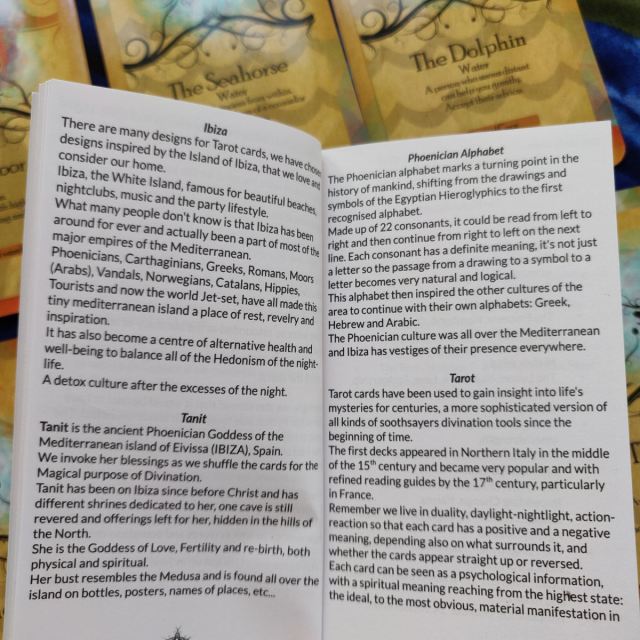 Tanit is the Phoenician patron goddess of Ibiza, Spain, and is associated with love, fertility, and rebirth (I’m getting this straight from the guidebook itself; see above). She’s often depicted with a bust reminiscent of Medusa. The pagan goddess Tanit is invoked as the power behind divinatory readings with this deck. The faded imprint of a woman’s face on the deck box and guidebook cover art seems to be that of the goddess.

This Mediterranean-inspired deck, with the island of Ibiza (which is described as “the playground of the Gods, Phoenicians, the Greeks, and the Romans”) as its namesake, blends numerology, astrology, and the Phoenician alphabet with the Major Arcana. The deck is intended to be a celebration of Ibicenca heritage and tradition.