This is the continuation of a six-part video series I’m doing on Taoist and Buddhist Mysticism as it has been practiced historically and culturally. We are now on to Video 3.

3. Taoist Sorcery and Its Cultural Practice

What is the impact of Taoism on the everyday Chinese culture and the collective consciousness of its people? What are some of the guiding principles underscoring Taoist sorcery? This lecture will discuss some of the practical ways Buddhism and Taoism get syncretized in Chinese occultism.

The practice of Taoist magic will be presented through its two branches: outer alchemy (waidan) and inner alchemy (neidan). We’ll talk about the greater spiritual objectives of practicing Taoist magic and what thousands of years of experience and wisdom have to say about how to achieve those objectives.

Starter tips will be offered, such as beginning work with Jiu Tian Xuan Nu, the Lady of the Ninth Heaven, recitation of Kuan Yin’s Great Compassion Mantra, and other thoughts for branching out in a direction that’s going to make the most sense for you.

All videos in this series are closed-captioned for the deaf, hard of hearing, or those whose native tongue isn’t English. I’ve also made my best attempt at accommodating for the blind. If there is room for improvement in these regards, I’m open to friendly critique. Thank you!

For the full playlist, go here:

Related Videos From My Channel

In Video 3, I make reference to a few topics I’ve previously covered on my channel.

In this old video, I talked a bit more about Jing, Qi, and Shen. The discussion on Jing, Qi, Shen begins around timestamp 6:16.

“On Demonology” is a video I did for my Bell Chimes In series that might shed further insight into Buddhist and Taoist perspectives on hell and demonology.

Want a quick look-see into Thunder Rites, also known as thunder magic, a form of Taoist sorcery? Here you go. For all the PDF downloads, supplements, and further reading, be sure to check out the companion blog post, Thunder Rites (雷法).

Another modality of Taoist sorcery is Ku, or poison magic. The companion blog post offers further reading and supplemental downloads.

Learn moon block divination and how to integrate it into your personal practice. When divining through spirit contacts in support of any modality of Taoist ceremonial magic you’re trying your hand at, the common approach is to use divination moon blocks. There’s also further reading and supplemental downloads in the companion blog post.

The Seal of Changes: For Raising an Army

Try your hand at crafting a Fu talisman in the form of a Seal based on the Ba Gua and the I Ching Book of Changes. All image file downloads and instructions you’ll need are provided in the companion blog post.

To start with both meditation and reciting mantras or sutras for cultivation of personal power, which fuels your craft, I recommend Kuan Yin’s Great Compassion Mantra, which you can download a free copy of here.

Check out the Practica of Esoteric Craft for a free video tutorial series with supplemental PDF handouts to download. Current episodes have covered moon block divination, Ku or Chinese poison magic, Thunder Rites, and much more. 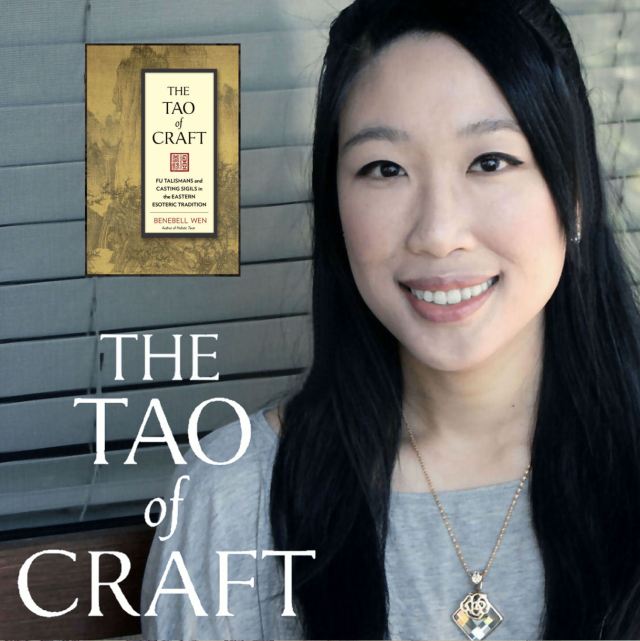 Read Excerpts from The Tao of Craft (North Atlantic Books, 2016).

For the total beginner who wants to try your own hand at low magic spell-crafting with Fu talismans, check out these step-by-step Fu Talisman Instructables.

Taoism is a nature-based religion, philosophy, and a 2,000 year old tradition of sorcery native to China since the Zhou Dynasty. In that same time, Buddhism enters China and a modality of it–esoteric Buddhism–is blended in with Taoist magic. Yet the roots of Taoist magic trace back even further than the dynasties of antiquity, back to Neolithic shamanism.

This introductory six-video lecture series will cover the ontology, theory, history, and cultural practice of sorcery at the intersection of esoteric Buddhism and Taoism. You’re on Video #3: Taoist Sorcery and Its Cultural Practice.

2: History of Taoist and Buddhist Mysticism in China

3: Taoist Sorcery and Its Cultural Practice

5: Chinese Occultism as a Syncretic Practice

I’m creating this lecture series as an invitation to you to learn more about the occult traditions I practice. I hope you find within these offerings bits of insight, knowledge, and methods that you can integrate, syncretize, adopt into your own Path.

You Donation Helps Keep this Series Free for All

You wouldn’t even believe how time-consuming and labor-intensive it is to create these educational videos. I sacrifice personal resources and time to produce these for the public. Your donation to help with the costs goes a very long way. To donate, click on the PayPal link below.

Or donate by sending me an Amazon gift card to my e-mail address abelldelivers@gmail.com. Click on the link below to donate. All Amazon gift cards are given to Mom and Dad. They won’t accept money from me, but I can con them into accepting Amazon account dollars.

I Ching and the Practitioner

Understanding the I Ching for its occult and divinatory values will expand your capabilities in both Chinese ceremonial magic and traditional witchcraft.

Click on the banner below to read more about the online course I offer, “I Ching and the Practitioner” and how to enroll. The objective of this course is to impart a heightened level of proficiency with I Ching both as a divinatory system and as a magical system, so that a practitioner will be able to use the I Ching to divine for the self, for others, and integrate components of the I Ching into spell-crafting. 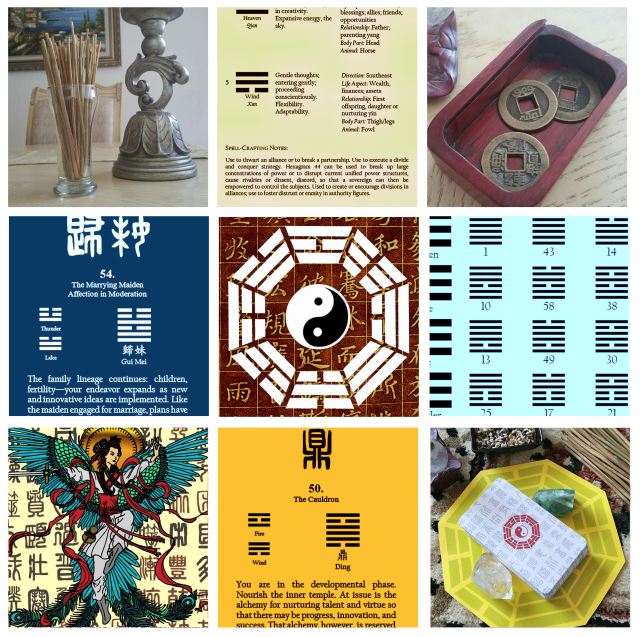 As a package, you get a video lecture and workshop series, a copy of my translations and annotations of the I Ching Book of Changes, an I Ching Oracle Deck, and dozens of additional handouts and reference materials.

This course teaches the following divination methods: (1) two forms of the yarrow stalk divination method, one of which will be applied later in spell-crafting instructions per traditional Taiwanese witchcraft, (2) rice grains divination, and (3) coin toss. The course takes decidedly occult leanings and includes a five-part “Occult I Ching” series. There is also a Facebook study and resource group set up to bring you an I Ching social collective.

If you find the Introduction to Buddhist-Taoist Esotericism of personal interest to you, then you’ll enjoy the I Ching and the Practitioner online course, which will offer practical instruction into Chinese divination and magic.

4 thoughts on “Taoist Sorcery and Its Cultural Practice”