…to that stranded remote island where I will only ever be able to use these 10 decks for the rest of my mortal life. Or so goes the prompt. I may have embellished a little. Katey Flowers on Tarot Tube started the hashtag. You can watch her video here.

By the way, at the start of her video she says she was inspired by the makeup community’s tag “only 10 eyeshadow palettes” and I have to confess I kind of guffawed at the thought of “only” 10 eyeshadow palettes.. Ten…palettes? I don’t even have one! Ah but then I’m sure most of the known world would guffaw at my struggles over choosing just 10 decks for this prompt. 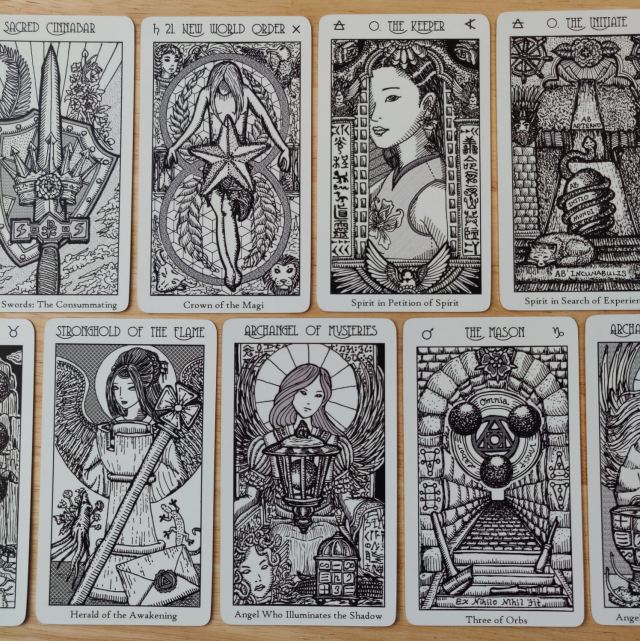 My first struggle as I mulled over how to answer this prompt was whether to include my own decks or to say that for the purposes of this prompt, your own decks are ineligible. I decided the only way I could answer that question was to fine-tune the hypothetical itself. 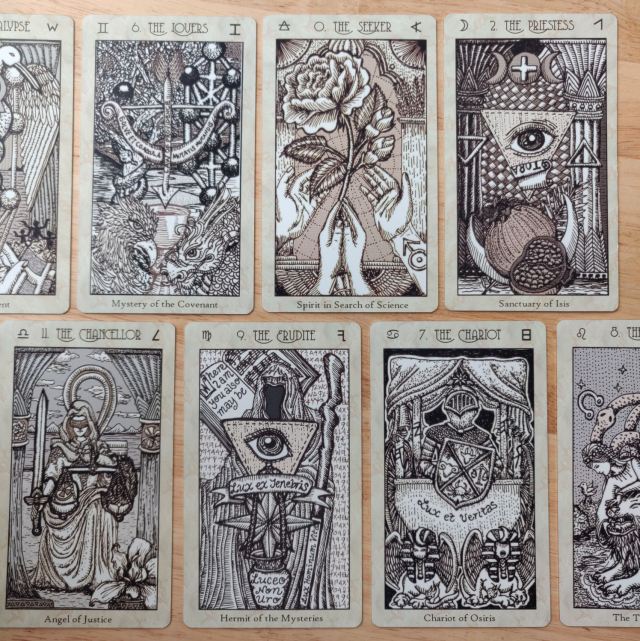 So here’s the hypothetical. I am being forced to live out my end of days (along with James, of course, they’re letting me bring James along) on a remote island where I will have no access to anymore decks for the rest of my life, and so whatever I bring with me will be the last ten decks I ever and can ever use. 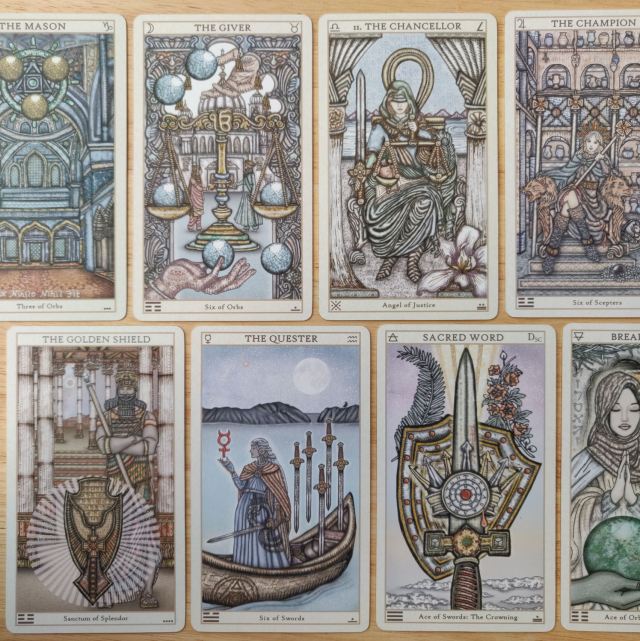 If that’s the hypothetical, then it’s a no brainer that I’m going to bring all three editions of my SKT. So that’s 3 decks already. I’m down to 7 slots left. Sigh. The struggles…

Also, can I bring the guidebooks along with the decks? In which case that’s certainly a factor I’m going to weigh heavily, because that means bonus! I have books I can read on this remote island as well!

In no particular order here are the seven decks I’d bring with me if I could only bring ten, since the first three slots are occupied by my own creations. =) 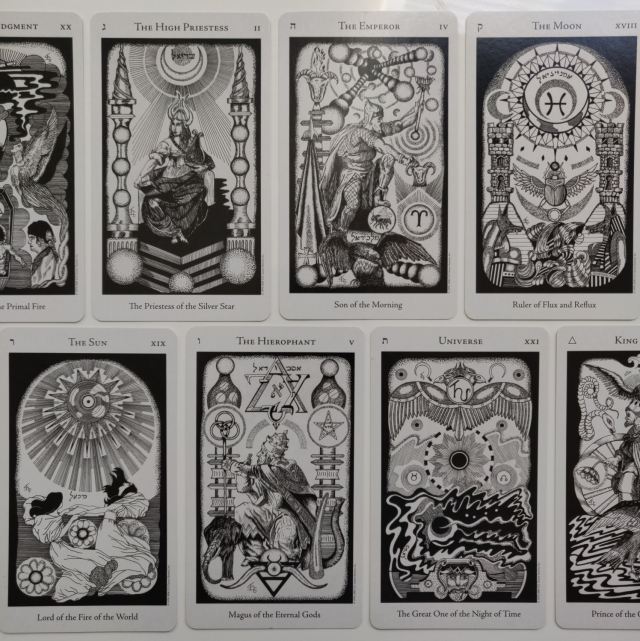 Perhaps it’s due to just how long I’ve had this deck and worked with this deck. This is one of my most reliable reads. There’s so much in the imagery and the design concept to explore here, so I’m definitely bringing the Hermetic Tarot with me to that stranded island, to keep me occupied! 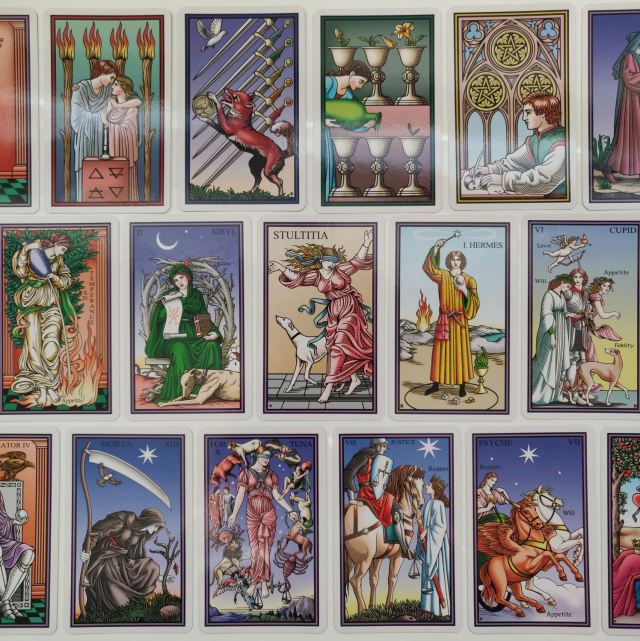 Tarot of the Sevenfold Mystery by Robert Place

I decided I would only bring one Robert Place deck, and so there was a point of struggle. I finally ruled it down to either the Tarot of the Sevenfold Mystery or the Alchemical Tarot. Aesthetic wise, I find the Alchemical Tarot to be easier on the eyes. The design is better, the illustrations are better, the layout, the cardstock, everything about it, I think, in terms of production and design is better, except substance wise I prefer the Tarot of the Sevenfold Mystery. 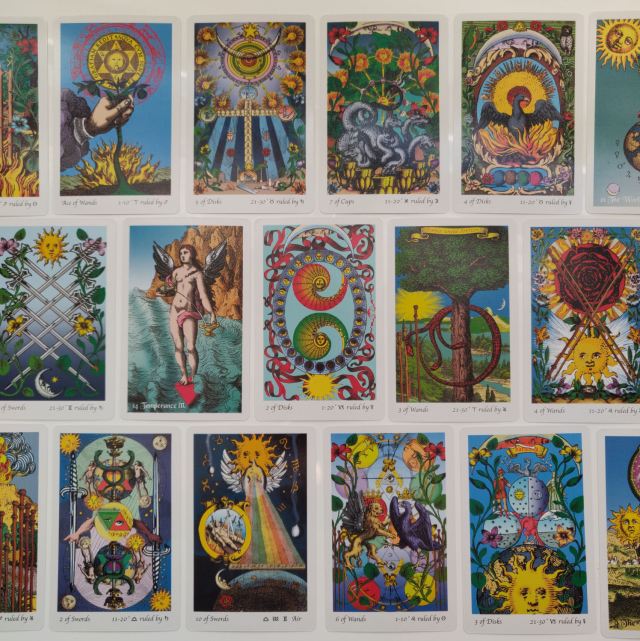 Tarot of the Holy Light by Christine Payne-Towler

I recognize most of the old engravings and alchemical illustrations this deck is composed of, and I love the addition of color. And if the prompt also permits me to bring along the companion guidebooks to the decks of my choosing, then by going with the Tarot of the Holy Light, now I’ve got a bonus two books to read!

These illustrations would be incredible to meditate on and who knows maybe I’ll transcend to higher consciousness while stranded on that island. 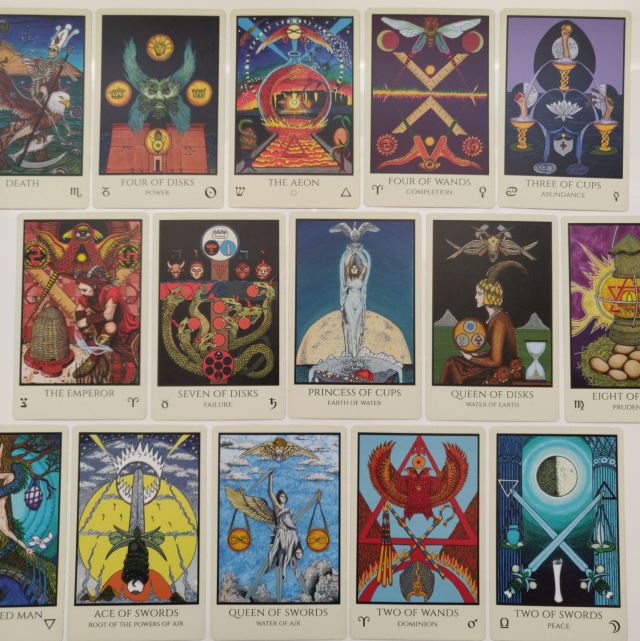 I ended up choosing the Tabula Mundi because it was one of my workhorse decks for so long that I’m really familiar with the imagery, so it just feels like home. Except now that I’ve typed that out, that factor of consideration makes no sense if these are the last 10 decks I’ll ever see, because I can most certainly get acclimated with any deck amiright. Anyway, that’s my pick.

Also, bonus meaty guidebook to take along with me if I go with a Meleen deck. 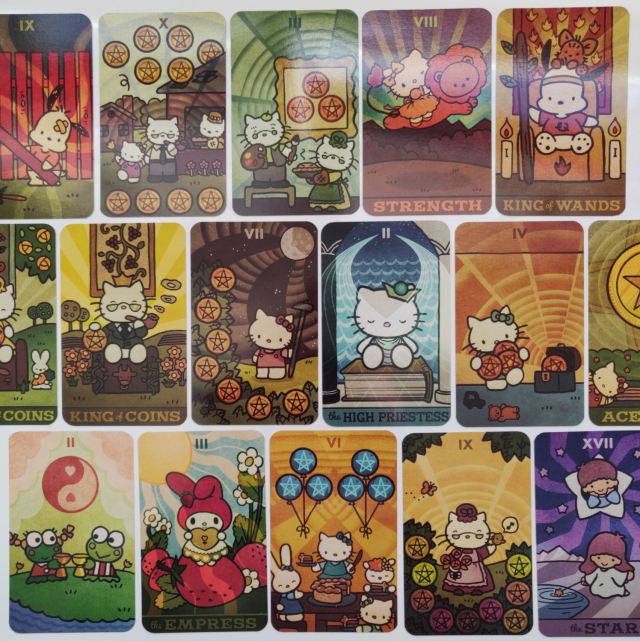 I believe this is the only deck James has ever bought for me, mostly because he knows nothing about decks. It amuses me to no end that he heard of this deck’s existence way before I did, and secretly bought it for me before I even became aware of its existence. He reached out to the deck creator all on his own and somehow ended up getting it and surprising me with it.

I chose the Hello Kitty Tarot to bring with me because this deck will light me up and bring cheer on those days I’m feeling down about being on a remote island far removed from civil society. =) 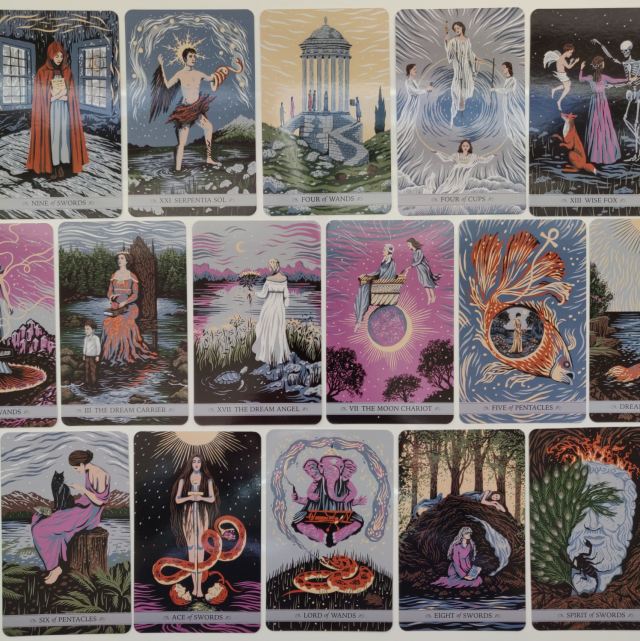 There is something inexplicably beautiful about the Mystical Dream Tarot. Confession: I struggled between this deck and the Thoth Journey Tarot. Both activate that dream-consciousness liminal lucid-dreaming space in my head and both are emotionally provocative in similar ways. I ended up going for the Mystical Dream Tarot because of the card titles. The whole archetype vibe adds something here that I intuit will be of value on that stranded island when I’m all by myself. 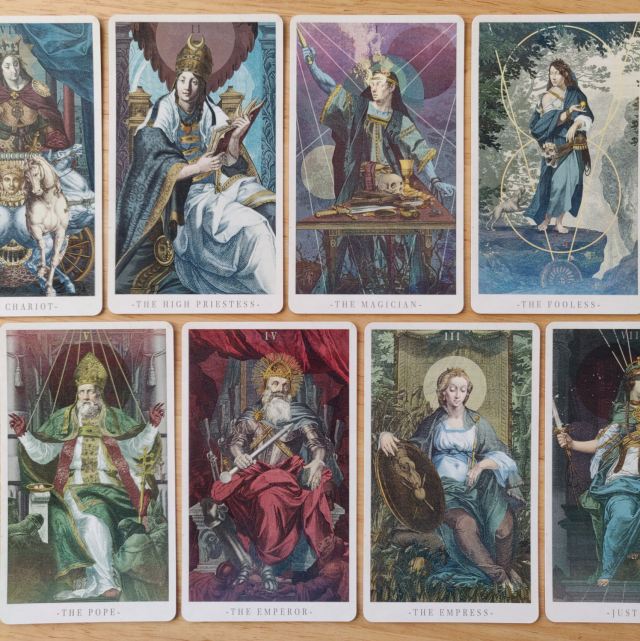 I love the additional suit in this deck for quintessence, the extra cards, and the intense detailing that will keep my mind engaged on that deserted island. (I may also need to bring a magnifying glass along with me to that island. That’s allowed, right?)

This prompt was HAAAARD. Very hard. I am so bummed that I’ve had to leave unlisted at least 20 other decks dear to my heart. Ultimately, the factor for consideration I went with was what decks would I want to study and be enthralled by for the rest of my life– which decks would keep my mind and soul evolving.

Watch all the #only10decks videos on Tarot Tube. So. Which ten decks would you bring to that remote island, the last ten decks you’ll ever get to use?