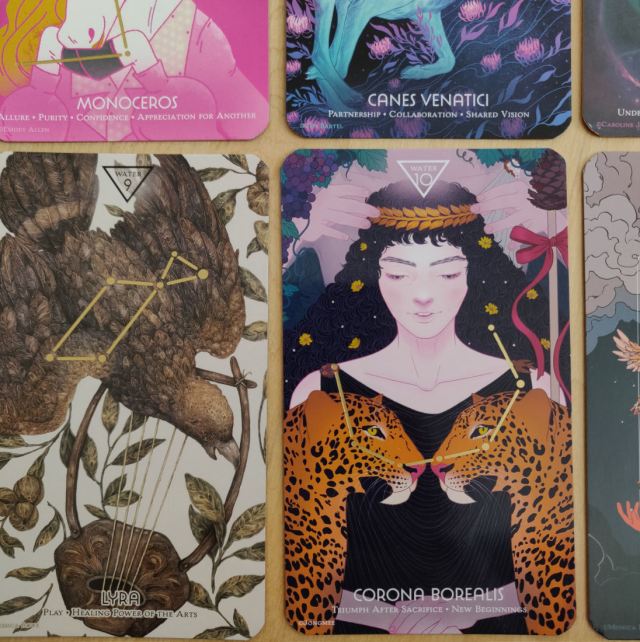 This is an oldie but goodie, and I thought I’d share a walk-through of the deck now that collaborative tarot deck projects are gaining in popularity. I mean, like, every third deck launched on Kickstarter or through a crowd-funding campaign these days has been a collaborative deck. Which is very cool!

The Cosmos Tarot and Oracle is per the namesake– a two deck and book set, one deck being tarot and the other an astronomy-based oracle deck– that comes in a slim, handsome keepsake box.

The deck showcases modern constellations and celestial bodies in our universe, with many of those astronomical phenomena personified through classical mythology. These representations of our skies, in picture form, illustrated by over 100 different artists, produces a work of oracular potential.