Are you getting SKT fatigue from all my obsessive posts about this deck? =)

I apologize for being so single-track in all my postings at the moment, but that’s just where my mind is at.

I’m amused at how with each edition, I seem to change the same cards over and over. Like here in the second set of Major sevens, once again it’s the Hermit card I revise and the background of the Wheel of Fortune. However, this time around, I did change up my Temperance.

If you watch the above video on YouTube’s platform, timestamp links are in the video description box, so you can skip around from section to section.

This previous post is where you can find the video on the First Septenary of cards. This post is a pictorial walk-through of Keys 1 – 11. 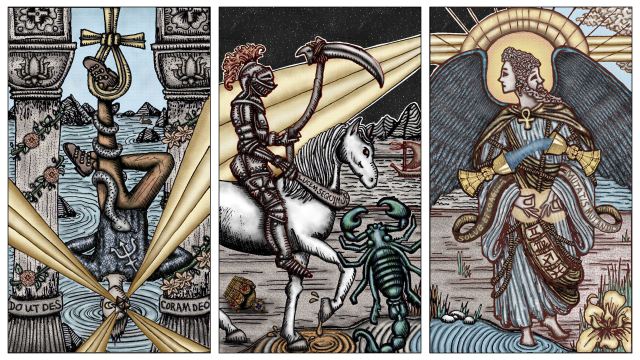 Here’s 12, 13, and 14, The Hanged Man, Death, and Temperance respectively. I’ve renamed them in the SKT to The Outlaw, The Reaper, and The Angel.

Since I changed up The Empress card (numerologically related to Key 12) and The Hierophant (parallel positioning in the First Septenary, therefore linked to The Hanged Man), I also changed up the two pillars here.

I cleaned up some of the lines, but other than that, illustration-wise, minimal change.

I love how my imperfect coloring above actually ends up making those beams look like real paint!

Have you seen Islamic fine art? It’s insanity. Like the level of detailing is crazy.

It’s not as simple as that, however. You have to tweak angle, sizing, I mean, there are still a lot of considerations, but worlds easier than anything you could do by hand. (Whereas the fine art you see above were all painted by hand… that’s why I say insanity!!)

Onto my Death card.

Admittedly the ground was a bit busy, with too many skeleton bones going on. Also, my skull was ratchety so I changed it out and opted for different symbolism. In the full-color edition, I went with Charlemagne’s crown. 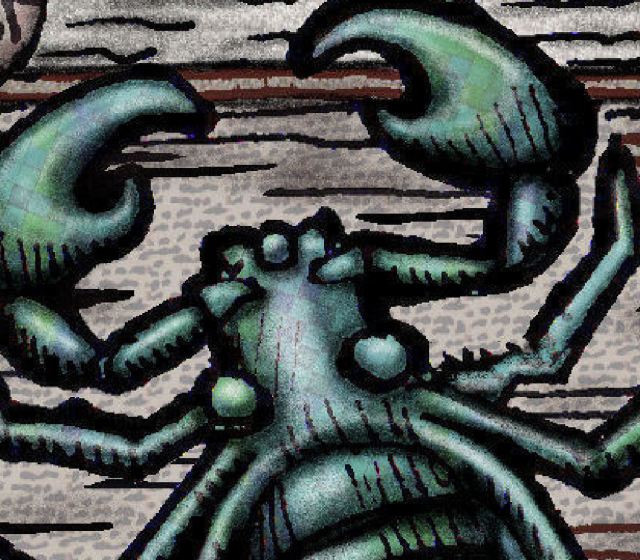 For the color scale correspondence of “blue-green” or “green-blue,” I didn’t quite know what that color was exactly.

So I went with the checkered pattern of blues and greens. But what you see above is magnified way, way in. On an actual tarot card, you’re just going to see, well, “blue-green.” 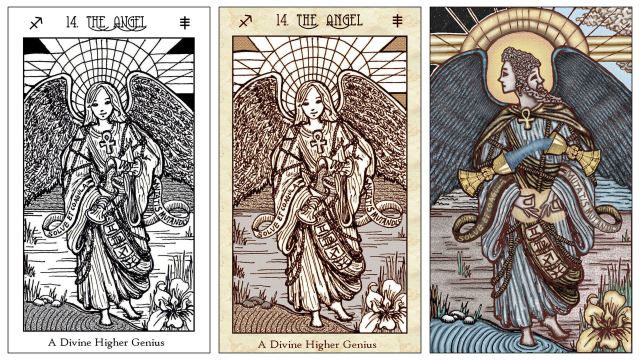 I changed up the angel’s head, hands, and positioning of the goblets, with that double-headed thing inspired by cards from the Tarot Mantegna 1465.

Instead of depicted as physically holding the chalices, here I’ve depicted that through hand mudras. I want to emphasize the power of your mind.

Here’s how I did the wings. I drew one feather. Colored it in. Then I had recreated it in 5 different sizes. And then, one by one, each feather was applied to that area to create the wing.

I’m pleased with my progress. I didn’t get my drawing tablet and didn’t learn how to use digital painting programs until 5 months ago. Key 1: The Magus is the card I learned how to select spaces and digitally color with the airbrush function. In Key 2: The Priestess, I learned how to apply layers and work with different percentages of transparency.

And then by the Second Septenary, I was having all sorts of fun with my tinkering! Just from one set of seven keys to the next, there’s observable improvement in my technique. After I finish coloring the last Minor, I’m going to have to revisit the First Septenary again and tinker more. =P