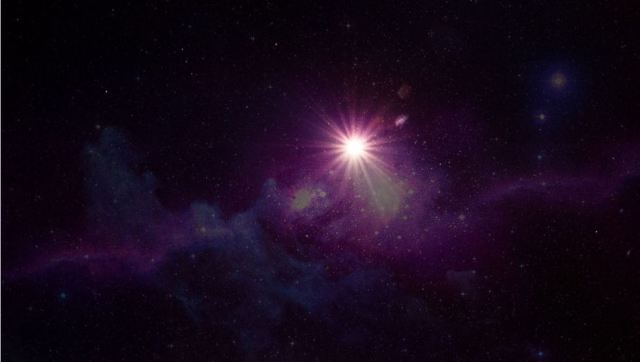 The “Star of Bethlehem” is when Saturn, Jupiter, and Mars are in conjunction under the same sign. It is based on the mythology that around 2 B.C., there was a conjunction of Saturn, Jupiter, and Mars and three sage astrologers, or the “three wise men,” predicted the birth of a child to be a savior to the people, located at the point where the terrestrial latitude and longitude of the triple conjunction is the same as the celestial latitude and longitude (and in the midheaven) of that geographic location. Such a child would become the initiator of a new epoch in world history.

At about 4:00 am PST on February 15, 2020, Mars, Jupiter, and Saturn are under the sign Capricorn, and rising (in the ascendant house). The Saturn-Pluto Great Conjunction (which we talked about in this previous post) is still going on, at only 3° apart.

Saturn then enters Aquarius at 00° on March 21, 2020 at around 9:00 pm PDT, though these planets are still in conjunct, at just 7° apart. Mars and Saturn, both traditionally considered malefic planets, are in conjunct both at 0° in Aquarius in March 30 and 31, 2020. April 8, 2020 is when the three planets are no longer within a 10° conjunction, though most astrologers would only observe the Star of Bethlehem while the three plants are under the same sign, and so the event ends March 21.

The largest planet in our solar system, by both mass and volume, is Jupiter. It is two and a half times more massive than all of the other planets in our system combined. Then, despite its mass, it’s still a comparatively fast-moving planet, which is why it’s considered one of the personal planets, or most influential planets on the individual.

Thus, the period of the Star of Bethlehem is a time of hope, optimism, renewed faith, and a time to connect with Divinity. It’s a time when divination is heightened, so it’s a good period for spirit work. Connecting to the angelic or deva realms is also optimal during this astrological period. Renewal of vows, initiations of a spiritual nature, and really, all pursuits of happiness are amplified at this time.

With the event occurring in Capricorn, we see the Star most affecting culture and politics. On the personal level, this is also a strong period for manifesting career goals and ambitions.

Want to learn more about the astrological forecasts for 2020?