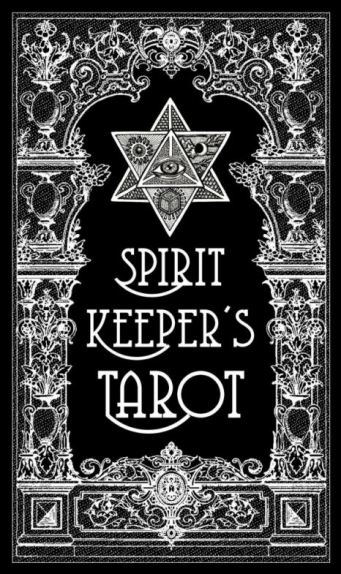 The following is an excerpt from The Book of Maps, the companion guidebook to the Spirit Keeper’s Tarot, a hand-illustrated black and white tarot deck crafted with practitioners of the mystic arts in mind. The pen and ink drawings were inspired by woodcut prints from the late Renaissance. Symbology called upon is based predominantly on medieval European alchemy, astrology (the Sacred Seven), Hermeticism, Zoroastrianism, Abrahamic angelology, Kabbalah, Catholicism/Christianity, Sufism, and Egyptian mythology.

For more information about the deck, go to:

Excerpt from The Book of Maps

In an Avestan text dated to the 9th and 10th centuries, Ahura Mazda reveals to Zoroaster the magical powers of the falcon feather. The Magus who prays over a falcon feather can empower the feather into a charm that will ward off evil, cure and cleanse one of evil possession, and protect whosoever wields the feather against demons.

The prayer of the Magus is as follows:

The Will of the Magus
is the Law of Righteousness.
The Gift of the Good Mind
is the Good Deed done for the Holy One.
To give relief to the downtrodden
is to bring honor to the Holy One.

Who is the victorious
who protects the teachings of the Holy One?
Be it known that I am;
I am the Guide for both Worlds.
May Conscience come with Wisdom
and deliver us all to the Holy One.

The Magus consecrates the feather during the prayer by passing it across the smoke of a sacred fire (the modern practitioner might consider the smoke of sacred incense) and anoints it with sacred water (the two forms of purification in Zoroastrian magic). The falcon feather is then empowered as a protection talisman that wards evil.

The Prayer of the Magus is also used as a routine mantra recitation for sustaining the powers of the Magus to connect to both Worlds.

Note: First verse is a translation of the Ahuna Vairya from the Gathic canons and the second verse is based on the Kem Na Mazda, an Avestan exorcism incantation. Vohu Manah has been reworded to “Good Mind.” Ahura Mazda has been reworded to “the Holy One.” References to the “Good Priest” has been translated to “Magus.”

Why is this random Zoroastrian magic spell in a book that’s just supposed to be about the cards in the Spirit Keeper’s Tarot deck?

Because it’s part of the sigil magic and symbolism I wove into the Page of Swords, silly.