The Amor Oscuro Lenormand by Modern Witchy Woman Diana Chin is an independently published deck that is a glimpse inside an artist’s sketchbook, sketches that narrate what Chin describes as “the story of an interracial couple through 36 symbolic messages.” The Amor Oscuro pays homage to diversity in divination through the lens of a multiracial woman.

You can order your copy of the Amor Oscuro just in time for the holidays, here, via GameCrafter. I’ve been getting back into Lenormand as of late and have loved doing so with Chin’s Amor Oscuro. If you’re a Lenormand deck collector, then you’re going to want to get this one.

END_OF_DOCUMENT_TOKEN_TO_BE_REPLACED 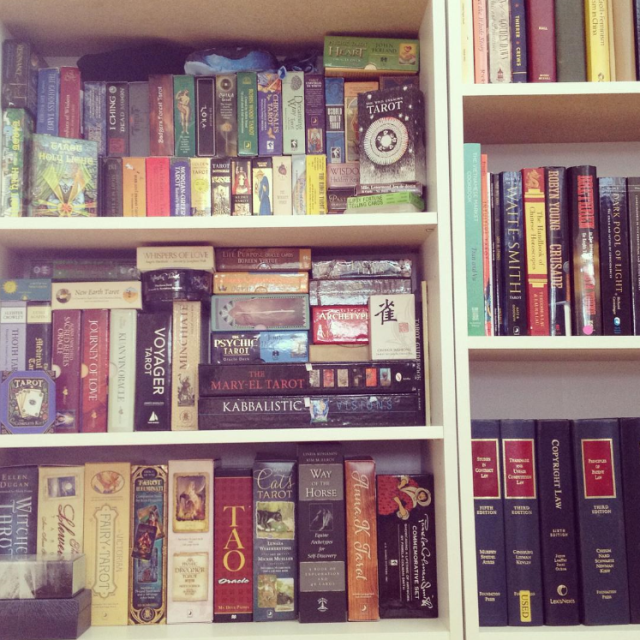 Let me tell you what your favorite go-to tarot deck says about you. That’s right. I think I know you better than you know yourself. And all from knowing which tarot deck you like.

You’re kind of an elitist snob. You think your tarot deck is more authentic than other people’s tarot decks and so that makes you better. When you’re talking about tarot, you make sure to emphasize that you read with the Marseille (no, you would say “TdM”) deck because you’re pretty sure that fact alone conveys the depth and breadth of your tarot knowledge.

You’re an elitist snob. You’re probably a voracious reader of obscure books, especially books bearing titles that begin with “Liber.” You get all academic and historian-y when talking about witchcraft or ceremonial magic.

END_OF_DOCUMENT_TOKEN_TO_BE_REPLACED

I came across this tag on Greylady’s Hearth a while back and wanted to pipe in with my own post. It originated among the vlogs, like Kelly’s of The Truth in Story and Divinationary, among others.

First of all, it needs to be said upfront that I’m an Air sign, both sun and rising, and my birth chart is dominated by the presence of Air. I’m fickle and flighty and am always changing my mind. So the most I can say is I’m answering these prompts based on me right now and only right now. Ask in, gosh I don’t know, a year or heck maybe even next month and my answer could change. So there’s that.

Nonetheless, let’s give it a go.

I’m naming my 3 personal favorite decks, not my go-to public reading decks. While I do use some of the decks I’m about to name in professional reading situations, I am far more likely to go with a Rider-Waite-Smith (such as the Smith-Waite Centennial or just the Rider Waite 1971) or the Golden Universal (basically RWS). Every once in a while, a seeker’s energy pulls me toward an entirely different deck, so it’s hard for me to give absolutes here. However, generally speaking, my favorite go-to reading deck for others is going to be a straightforward, classic RWS deck and from time to time, a TdM (Tarot de Marseille). There are a multitude of reasons for this discrepancy between personal favorites and public reading favorites, but that may be for another blog entry.

END_OF_DOCUMENT_TOKEN_TO_BE_REPLACED 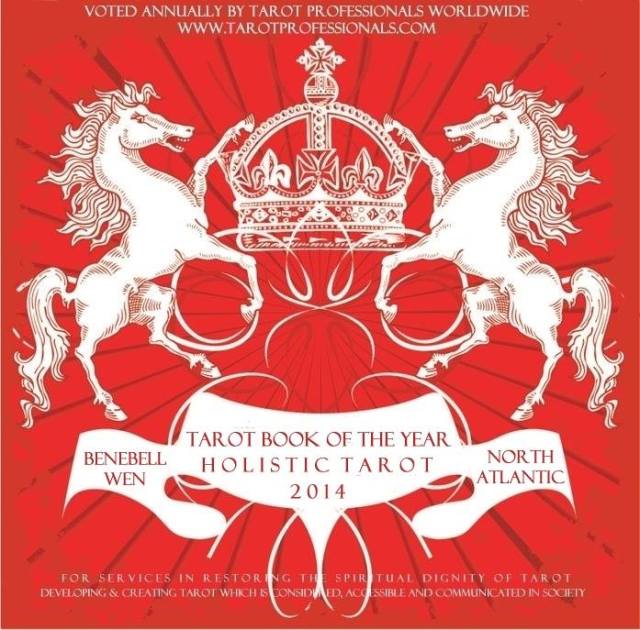 Holistic Tarot won 2014 Tarot Book of the Year in the category of “Mass-Market Book.” Thank you so much and all my gratitude to those who voted for Holistic.

Here are the other amazing winners:

Young Tarosophist of the Year, 2014

TAROT OF THE ZIRKUS MAGI by Doug Thornsjo

Best Reproduction of a Historical Tarot Deck of 2014

Congrats to all the winners. Holistic Tarot (North Atlantic Books) came out January 6, 2015, so I’m definitely surprised, humbled, and above all else, grateful to have on this 2014 award. 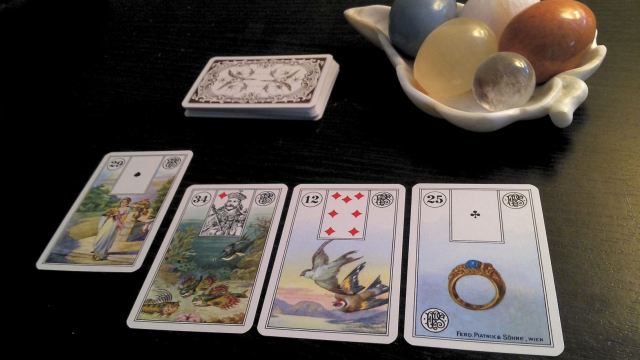 The popularity of Lenormand cards seem to have been revived for contemporary times, at least here in the U.S. Lately it seems that every tarot enthusiast will go through a phase of intrigue for these Lenormands. Well the other day a student asked me to guide her studies of the Lenormands. From there, I decided to write this nutshell summary. For the tarot enthusiast who has now suddenly taken on an interest in Lenormand cards, this post will serve as an introduction.

They’re oracle cards, not tarot, and generally speaking, they’re sub-divided into 2 kinds: the Petit Lenormand, with 36 cards total, which is the more popular version here in the U.S., and the Grand Jeu Lenormand, with 54 cards. I have not yet dabbled with the Grand Jeu Lenormand due to difficulties in getting a deck where I live (that is, for an economically reasonable price…because, sure, you can buy anything via the Internet these days), so I’ll focus on the Petit Lenormand only.

The oracle cards are named after Marie Anne Lenormand, who is considered one of the greatest and most influential French cartomancers of all time. However, the cards were not conceived by her. They were conceived after her death and may or may not have even been based on any of the cards used by Marie Anne Lenormand. They’re called “Lenormand cards” pretty much for marketing purposes. In fact, they may not even be French. Johann Kaspar Hechtel, a German businessman and factory owner, is credited with designing the Petit Lenormand cartomancy deck, initially as a parlour game called “The Game of Hope.” So in many ways, the name “Lenormand cards” might be a bit misleading.

END_OF_DOCUMENT_TOKEN_TO_BE_REPLACED

I will start by saying that you only need one tarot deck to be a practitioner. Every deck over one is excess. That being said, if you’re a tarot enthusiast, there will be no convincing you to stop hoarding tarot decks. I mean, you probably only need one pair of shoes, and yet I have fifty. I like to collect. So if you, too, must collect, then at least try to keep your collecting focused. This post will offer tips on building a tarot deck library.