This video is closed captioned with American English subtitles.

If you’re interested in the geographic and regional correspondences for the cards that I cover in the video, then you may want to turn on the closed captioning so you can read the country/region names while I say them. 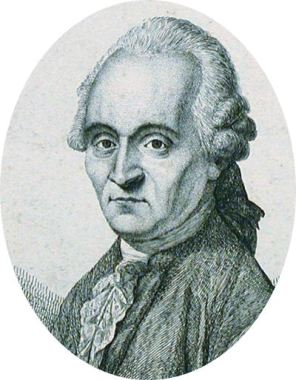 Around 1781, a French pastor, historian, scholar, and Freemason, Antoine Court de Gébelin published an essay on the Tarot and what he believed to be ancient esoteric knowledge encoded into the cards, namely, the magical traditions of the Egyptian high priests and high priestesses.

The essay was part of a documentary compendium he worked on between 1773 and 1784, Le Monde primitif, analysé et comparé avec le monde moderne (The Primeval World, Analyzed and Compared to the Modern World).

One of the articles in Court de Gébelin’s essay on the Tarot discussed use of the cards for geopolitical divination and how the suits, pips, and certain keys correspond with geographic locations, ethnic groups, civilizations, and economies.

In this episode of Sightsee the Tarot, we’ll dive in to the late 18th century text, Monde primitif, and try our hand at geopolitical divination.

The following geographical, social, and political attributions for the 78 cards are either taken directly from or inferred from Monde primitif. However, I’ve also added some of my own attributions, but only when they still remain consistent with Court de Gébelin’s attributions and don’t contradict them.

Since Court de Gébelin doesn’t actually give us any step by step instruction on how to use the cards for geopolitical readings, we have to make it up, though then we’ll work with his attributions. [Note: Please see Erratum below.]

In the video, I proposed three methods: (1) the First Horseshoe from the Mathers reading method, (2) just a simple three-card reading, or (3) the Papus reading method from Tarot of the Bohemians. Of course, you can pass on all three and devise your own. [Or: Try it out with the reading method from Court de Gébelin. See Erratum.]

Court de Gébelin’s attributions can seem a bit confusing at first. In his specific card by card attributions, he’ll note that the Four of Swords is where modern-day Lebanon is, and the Five of Swords is Syria (Levant and the Fertile Crescent), but at the same time, the suit of Swords in general is attributed to the Occident, which at various points in European history have meant varying things. Sometimes this would include Lebanon and Syria, i.e., the Middle East; other times it referred to the Orient, or Far East.

Neither one of the Americas is expressly mentioned in his attributions either, though the suit of Pentacles corresponds with the Western hemisphere, he says. There’s no mention of South American civilizations whatsoever, or Australia, unless you count Australia in the Ten of Swords… along with everything “East of India,” though his discussion seems to include Southeast Asia (Indochina and Maritime Southeast Asia) under the Ten of Swords.

The conclusion I’m left with is any single card isn’t pigeon-holed to mean just one and only one thing. When the Three of Cups shows up, maybe it’s in reference to a prophecy about a nation-state in the Islamic regions of Central Asia, or maybe it’s about a spiritual leader, or the healthcare industry, or maybe it’s about a nation-state in the Northern hemisphere, or it’s related to someone of Caucasian descent, or of a Celto-Scythian origin. Maybe it’s prognosticating good fortune and happiness to come for the nation-state you’re reading about. As discussed in the video, that’s where intuition and psychic training will come in to play.

Monde primitif is a ginormous multi-volume book and in some printings of it, a set of books. I discovered a later section in Court de Gébelin’s book that went in to a reading method with the tarot, which I hadn’t seen yet when I made this video. Presumably, you could use his prescribed reading method for geopolitical divination. So immediately after finishing this video and discovering that later section, I made a follow-up bonus video. See below.

The bonus video linked below is a guided tarot reading session where we follow a tarot divination method prescribed by Court de Gébelin. You can use this method for a geopolitical reading or it can just be a general reading method you adopt.

This is a fun one and if you’ve only been reading contemporary books on the tarot and haven’t dabbled with the old, this is going to be totally wild! Enjoy!