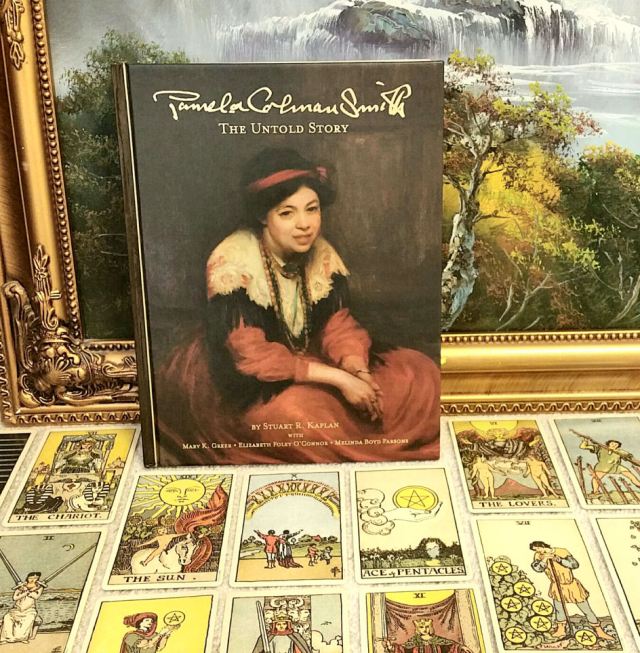 Pamela Colman Smith: The Untold Story is the most comprehensive, devotional, and poignant tribute to Pamela “Pixie” Colman Smith we’ll see this century. It’s a magnificent treatise and homage no tarot lover will want to miss. Co-authored by Stuart Kaplan, Mary K. Greer, Elizabeth Foley O’Connor, and Melinda Boyd Parsons, The Untold Story is the sum total of knowledge, research, data, and documents we have on the artist behind the Rider-Waite-Smith tarot deck and her works.

Perhaps its greatest accomplishment is how it has brought Pamela Colman Smith to life. You’ll get to know her life and works, her family, her art, her interests, her personal spirituality, her quirks, and her multifaceted personality. Her words, through letters and the articles and stories she penned, reveal an animated, unconventional, extraordinary woman. 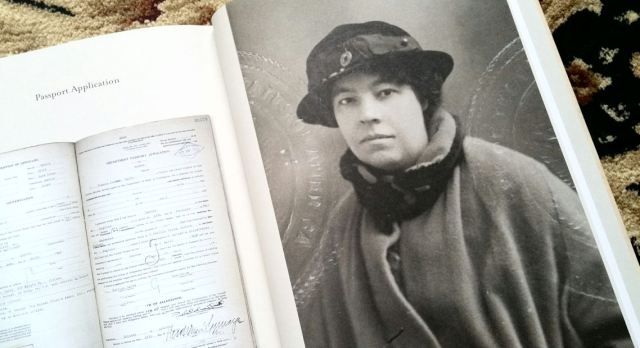 The first quarter of the book, “Pamela’s Life,” is authored by Elizabeth Foley O’Connor, an academic researcher who is writing the literary biography of Pamela Colman Smith.

Corinne Pamela Colman Smith, who went by the nickname “Pixie,” defied so many social norms, it’s hard to keep count. The more you read about her, the more impressed you get. 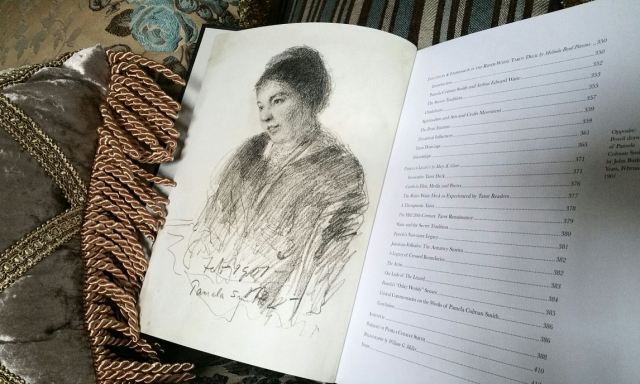 Those who left written comments about their impressions of her confess how hard it was to place her within the gender, class, and racial categories of her time. W. B. Yeats, for instance, wrote that she looked “exactly like a Japanese. Nannie says this Japanese appearance comes from constantly drinking iced water.” 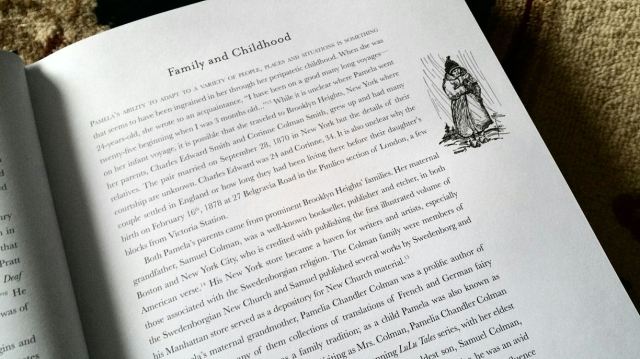 Another described her as “this odd-artist mystic girl.” Another insinuated that Smith might be part Native American. Henry Wood Nevinson noted that she might be “touched with negro blood.” One of Smith’s classmates described her as looking like “a strange African deity.” A 1912 profile of her described her as resembling “a brown squirrel, and a Chinese baby, and a radiant morning.” Final description of her to share here: “goddaughter of a witch and sister to a fairy.”

Smith’s racial background remains in the realm of speculation, but what we can probably say for sure is that she didn’t conform to the norms of her time, which meant that during her lifetime, she never fit neatly in any one box. She didn’t even fit age norms. Yeats commented on how she looked like an old woman when she was still very young, during her youth. 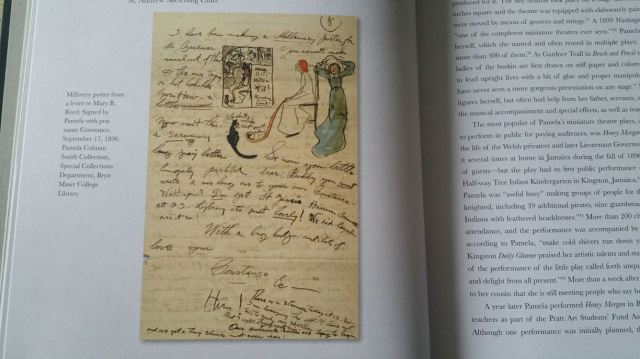 Kaplan covers the second quarter of the book, “Folktales, Art, and Poetry,” which is just the most incredible and comprehensive collection of Smith’s works to date, and maybe ever. The Untold Story is in full-color, so you really do get an optimized sensory experience with the art, high-quality scans of letters, pamphlets mentioning Smith from her time, and poetry that’s included in this book. 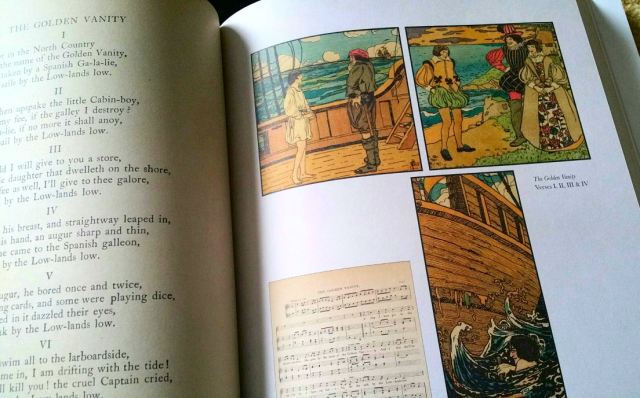 There are scans of letters Smith sent others, in her handwriting. (She really likes to underline words for emphasis. It’s rather amusing.) Her tone, in both the articles and stories she published (scans of which are reproduced in the book for your perusal), is full of life, spirited, and vivid.

This was perhaps my favorite quarter of the book, as it reveals through primary sources who Pamela Colman Smith was. Kaplan did a phenomenal job here. 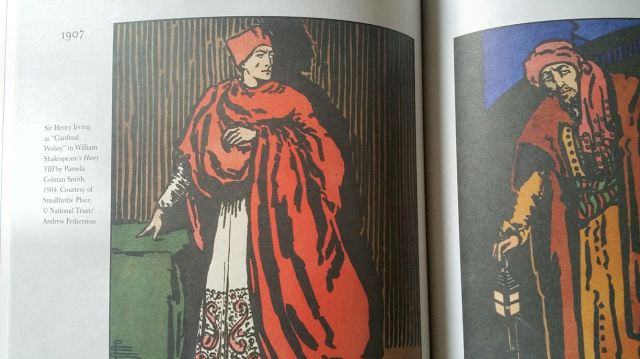 Stuart Kaplan was first introduced to the world of tarot through AGM Muller, where he bought his first tarot deck, the Swiss 1JJ. From there, Kaplan was inspired to establish U.S. Games Systems. It was Donald Weiser, founder of the publishing house Samuel Weiser, who urged Kaplan to purchase the rights to the Rider-Waite tarot deck, and the rest, as they say, is history. 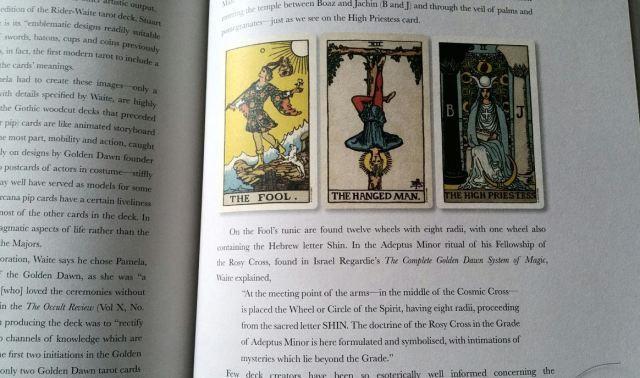 The next quarter of the book is by Melinda Boyd Parsons, a retired art history professor. Parsons paints the context that leads Pamela Colman Smith to illustrate A. E. Waite’s tarot deck. We learn that the courts in the RWS are based on actor friends of Smith, and depict stage actors in Victorian and Edwardian costume.

It all started in 1901 when Smith joined the Isis-Urania Temple of the Hermetic Order of the Golden Dawn in London. A schism in 1903 led to the organization dividing into two camps, one led by W.B. Yeats, which was more interested in magic and occultism, and the other by Arthur Edward Waite, the group more interested in Judeo-Christian mysticism. Smith went with Waite into the Judeo-Christian mysticism camp. 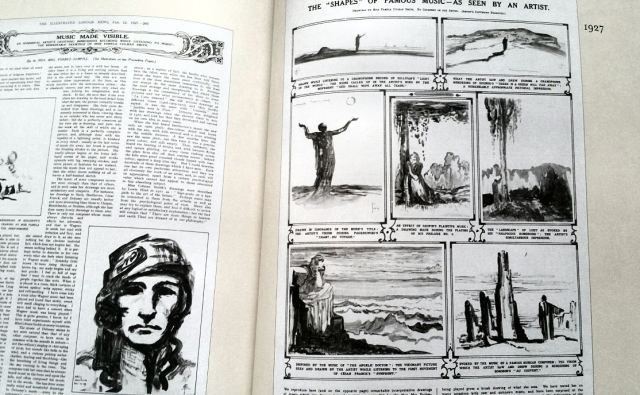 Finally, Pamela Colman Smith’s legacy is covered by Mary K. Greer. She brings the three preceding sections together and places Smith within the context of tarot history. There are so many other facets of Smith revealed here. For instance, Smith had a form of synesthesia where she saw music and who also was said to have possessed psychic abilities. 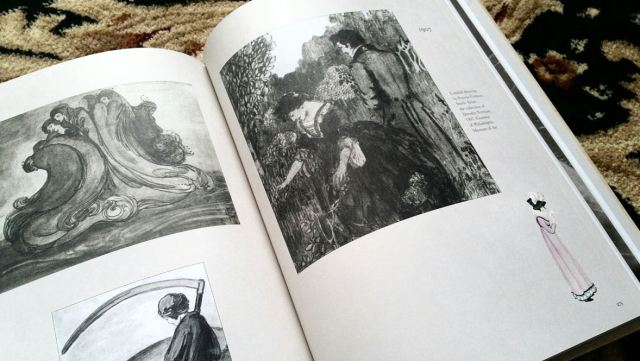 The book closes with scans of her birth and death certificates, passport, last will and testament, and a lovely article penned by Smith herself in 1908: “Should the Art Student Think?” It’s really a great article. There are some memorable lines in that article, for instance:

I have heard it said that half the world has nothing to say. Perhaps the other half has, but it is afraid to speak. Banish fear,  brace your courage, place your ideal high up with the sun, away from the dirt and squalor and ugliness around you and let that power that makes ‘the roar of the high-power presses’ enter into your work–energy–courage–life–love. Use your wits, use your eyes. Perhaps you use your physical eyes too much and only see the mask. Find eyes within, look for the door into the unknown country. 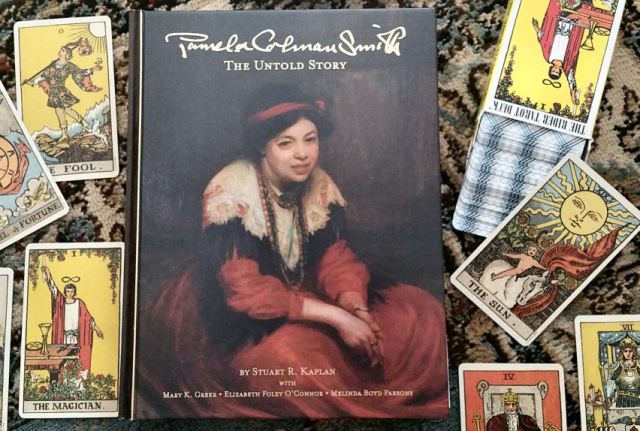 The Untold Story is an investment piece you’ll want to get, especially if you’re an RWS tarot aficionado.  It’s a full-color hard cover volume of 440 pages, with over 400 color images from Stuart Kaplan’s private collection, reproductions and scans of the many papers and memorabilia from Smith’s life, letters, sketches, personal documents, and a wealth of rare archival material from museums and libraries around the world. You get all that in a beautifully bound matte cover book, with gold inlay lettering, a tome that will hold a special place in every tarot reader’s collection.

FTC Disclosure: In accordance with Title 16 of the U.S. Code of Federal Regulations Part 255, “Guides Concerning Use of Endorsements and Testimonials in Advertising,” I received Pamela Colman Smith: The Untold Story from U.S. Games Systems for prospective review. Everything I’ve said here is sincere and accurately reflects my opinion of the book.