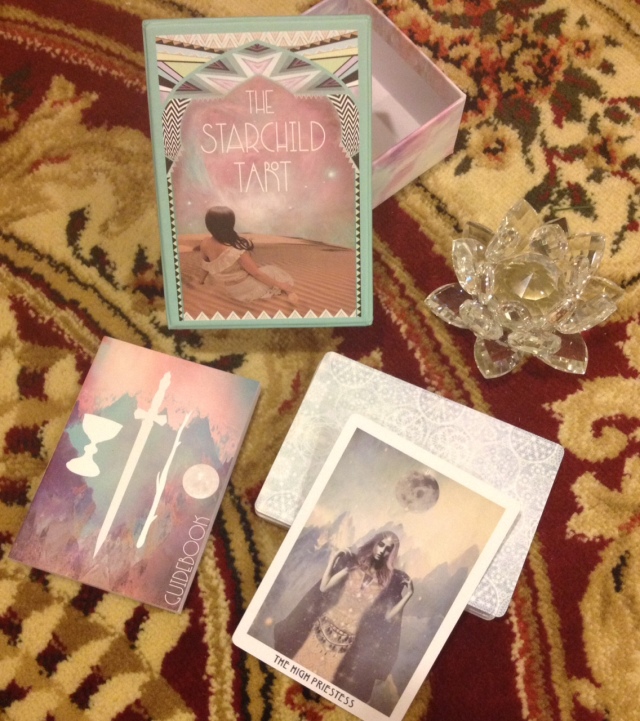 The Starchild Tarot is a self-published deck by the Canadian-based Danielle Noel, with the first printing released in 2014. The artwork for the deck is photography and digital collage with some illustration in a light, muted color palette. It’s surreal, symbolist, and yet blends those artistlc styles with portrait photography.

The deck is pastel in hues, dominating mostly in light blue, pinks, and purples. The style of the art and how Noel has pieced this deck together conveys the sense that each card is a gateway to an other-worldly dimension. Use of this deck for meditation or pathworking would be ideal.

The cards are a beautiful matte finish (love!!), thick, sturdy, larger in size that typical tarot decks, i.e., 3.375″ x 5.0″, and have white borders that I think work very well for the deck. I really love the font that Noel used for the card titles! 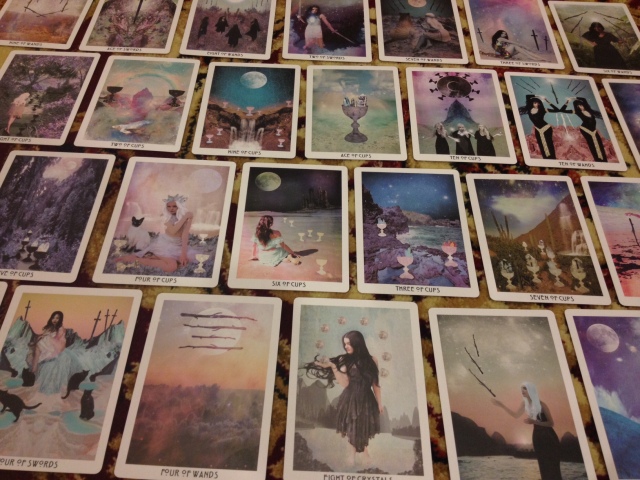 The deck is inspired by the New Age concept of star people, or star seeds. Brad Steiger, a paranormal author, introduced the idea of star people, humans who have extraterrestrial genes in them (maybe? I might be butchering this idea, in which case my apologies) and are an alien race born into human bodies to serve humanity through a higher spiritual purpose. Under Steiger’s concept, star seeds are more psychic or intuitive than ordinary humans. That’s as much as I’ve read on the topic and I don’t even know if it’s accurate. But it’s an interesting spiritual theory and I began my thoughts on the Starchild Tarot within the star people/star seed context.