One of my favorite tarot bloggers, Ethony, did a great review on this deck. Like Ethony, I thought I might find this deck kitschy, but I didn’t. Even after the initial awe for the pretty shape wore off, I still liked this deck and found it a substantive one to work with.

The Infinity Tarot is named for its lemniscate cutout shape and I confess that the unique shape of the deck is what drew me to it at first. The card backs are reversible and I found the deck quite easy to work with both upright and in reverse.

END_OF_DOCUMENT_TOKEN_TO_BE_REPLACED

Of course I had to review the China Tarot published by Lo Scarabeo. Of course. It is an art deck that features the paintings of the classically trained Taiwanese painter Der Jen (德珍; Dé Zhēn), which was her artist pseudonym. Her real name was Ching-Yi Chiang (江慶儀; Jiāng Qìng Yí). [Note: It is the late Der Jen; she passed on in 2012, just 3 days before her 38th birthday.]

She paints in the traditional and romantic Chinese fine arts style called 中國風 (Zhōng Guó Fēng), which translated directly would be “China Wind,” though I don’t know what the best English translation for the style would be. It was always her objective to bring the Zhōng Guó Fēng art style to the international stage, and she most certainly achieved that through the China Tarot deck publication.

Der Jen sought to “write poetry” through her paintings. She intended her work to be poetic and that she accomplished. Just look at the art in this deck. You can read more about her or browse a gallery of her works here, though the website is in Chinese.

When describing herself, she has used Western astrology, saying that although she’s an Aries, she really sees herself as more of a “Capricorn-Pisces mixed soul” (my best attempt at the translation…), an equal yet tenuous balance between rational and emotional.

END_OF_DOCUMENT_TOKEN_TO_BE_REPLACED

The Orbifold Tarot comes from the inventive mind of Michael Bridge-Dickson and I have been granted the privilege of reviewing a pre-release version. The Orbifold Tarot is grounded on the cosmological principles of sacred geometry, a cross-cultural concept that the physical world and its metaphysical dimension can be expressed through mathematics, specifically, geometric design.

The god principle and intelligent design are not mutually exclusive from geometric design, and if we accept that “as above, so below,” then the mathematics of our universe is synchronistic with the mathematics of our personal lives. All that we as tarot practitioners have accepted as occult theory is thus rooted in mathematics, in sacred geometric forms. That is the premise from which we begin our journey with the Orbifold Tarot. 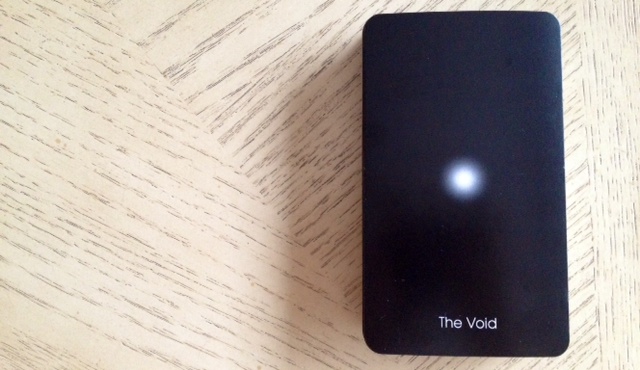 There are 80 cards in total, with the traditional tarot structure of 78 plus 2 cards, The Void and Manifestation. Initially I associated The Void with Key 0, The Fool and Manifestation with Key 1, The Magician, so I was confused by the distinction made between these two additional cards with Keys 0 and 1 of the Majors. However, Bridge-Dickson explained it cogently to me.

Bridge-Dickson himself debated whether to make the distinction. To him, Key 0, The Fool is the blank slate individual, a soul ready for the new adventure ahead, the journey through the three septenaries of the Major Arcana. The Void, in contrast, is the non-individual, the utter lack of manifestation whereas in The Fool, we still have the ego present. Key 0 represents beginnings, as traditionally associated with the card, whereas The Void is before the beginning.

Manifestation, too, is the non-individual, beyond being, though as manifestation, of course it encompasses being. Together, The Void and Manifestation represent the paradox of simultaneous being and non-being beyond the individual. Bridge-Dickson felt the principle had to be separated out from Keys 0 and 1, as The Fool and The Magician include personal Will, which renders both cards affirmatively being.

The Orbifold Tarot is color coded to represent the elemental correspondences that Bridge-Dickson sees as the deconstruction of each card’s essence. White is Spirit. Yellow-gold is Air. Red is Fire. Blue is Water. Green is Earth. Keep that in mind as we examine the card samples. Here in The Fool card, we see Air encompassed by Spirit in the form of the unit circle. The beginnings of the formation of self are thus Air, the mind or thought, beginning to occupy a specific space of Spirit.

END_OF_DOCUMENT_TOKEN_TO_BE_REPLACED 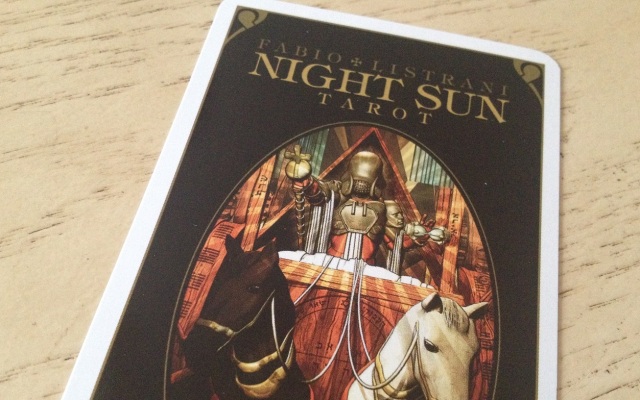 Fabio Listrani’s Night Sun Tarot is one of those decks I couldn’t wait to get my little hands on. I would consider this an esoteric tarot deck. On the Majors, you have the astrological, elemental, and Hebrew letter correspondences in the card corners. In the Minors, you have the elementals and decanates. I usually have to hand-write these onto my working decks, but here on the Night Sun, the work is done for you, and done beautifully.

There is a strong Modern Age comic book art style to the Night Sun Tarot, with digitally rendered illustrations. Fabio Listrani, the brainchild behind this exquisite deck, is an Italian artist and graphic designer whose work tends toward the science fiction/fantasy genres of art. He seamlessly blends Eastern and Western esoteric symbolism and cultural references, and updates esoteric tarot for the 21st century with this very original, insightful, and groundbreaking new deck.

END_OF_DOCUMENT_TOKEN_TO_BE_REPLACED 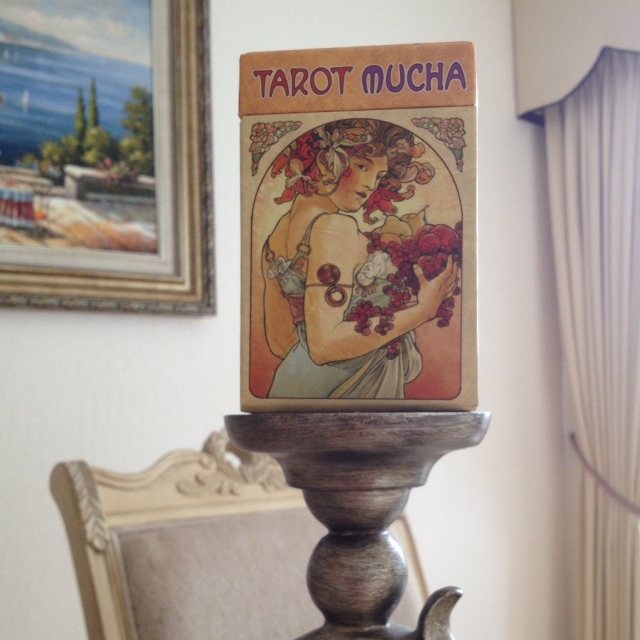 I kept dragging my feet on whether to join the Tarot Mucha bandwagon, but here it is, and sometimes you just have to give in to the tarot reader majority when they’re all gushing over a certain deck, because they tend to be right. There are so many reasons to get this deck that I don’t even know how to process my thoughts and begin this review.

I’m loving it so much and will probably find myself using it in professional reading settings. It’s also a fantastic starter deck for a beginner reader who wants to commence study with the RWS tradition but may be having a hard time connecting artistically to the original Rider-Waite-Smith deck.