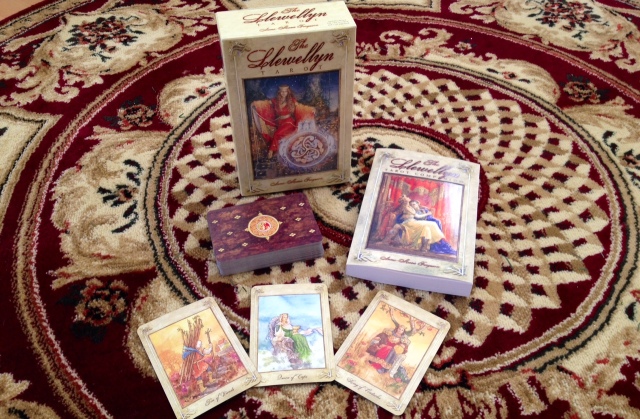 I’m always looking for RWS-based tarot decks that I can recommend for beginners who aren’t visually ready for the original RWS, and I’ve found one: the Llewellyn Tarot by Anna-Marie Ferguson and published by Llewellyn Worldwide. This deck has climbed up to my top five recommended beginner tarot decks or, heck, anyone interested in the Wales and Welsh culture of the Middle Ages. 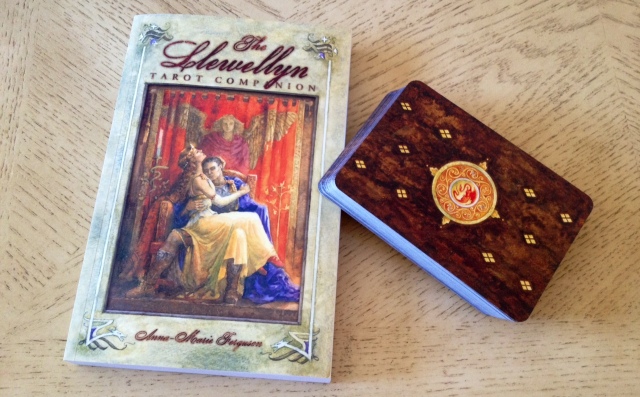 The deck comes with a really comprehensive 5″ x 8″ guidebook that does a good job introducing tarot to the beginner but also has so much traditional Welsh folklore and mythology that I found it to be an incredible read, and should be equally enlightening to any seasoned tarotist. The cards themselves are 3.125″ x 4.5″, with thick borders all around. I’ve seen many tarot readers trim their copy of this deck and I’ve got to say, it looks a lot better trimmed.

The soft watercolor paintings by Ferguson (of the Arthurian Tarot fame) transport the Rider-Waite-Smith imagery to medieval Wales, bringing to life Celtic legends, deities, and mythic figures. Although it is a distinctly different style from Kris Waldherr‘s art, something about Ferguson’s work here reminded me of the Goddess Tarot.