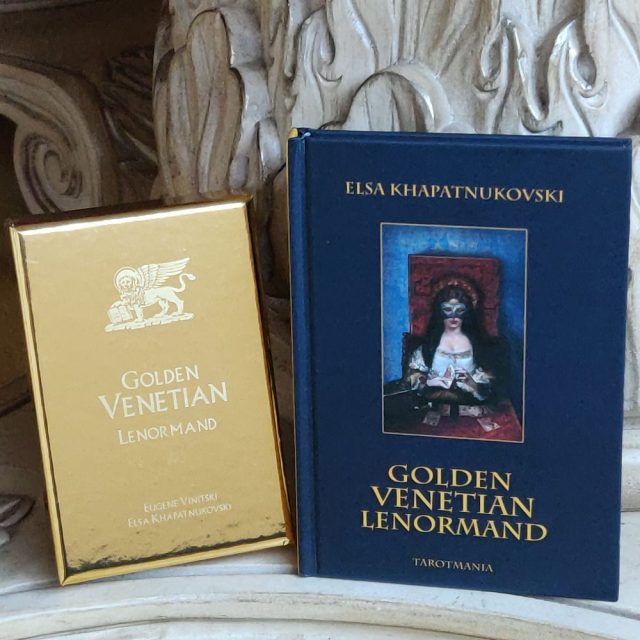 However, you can also select out the 35 Petit Lenormand cards and work with this deck as a Petit Lenormand. So in essence, you’re getting two decks in one. You’ll definitely want to purchase your copy of the Golden Venetian Lenormand via Vinitski’s Etsy shop here.

Like Vinitski’s Venetian Tarot, the Golden Venetian Lenormand is crafted in a High Renaissance style with a design focus on classical humanism.

The Lenormand oracle is a predictive fortune-telling system from the late 18th century based on the Game of Hope by Johann Kasper Hechtel, an illustrated edifying card game steeped in Christian allegories. In the 19th century, 16 more cards were taken from other well-known European cartomancy systems of the time and the 36-card Petit Lenormand was expanded into a 52-card fortune-telling deck, plus the additional 2 jokers.

By the way I love the little details of insight from Khapatnukovski. For example, the Fox card, No. 14, Khapatnukovski acknowledges that you’re not likely to come by a fox in Venice, but because it’s common symbolism in the Lenormand system, here it is. This particular fox is running over a canal holding a seagull in its mouth. The seagull, symbolic of freedom and a desire to dream, locked in the jaws of a fox, show the anguish of mind of a trapped individual.