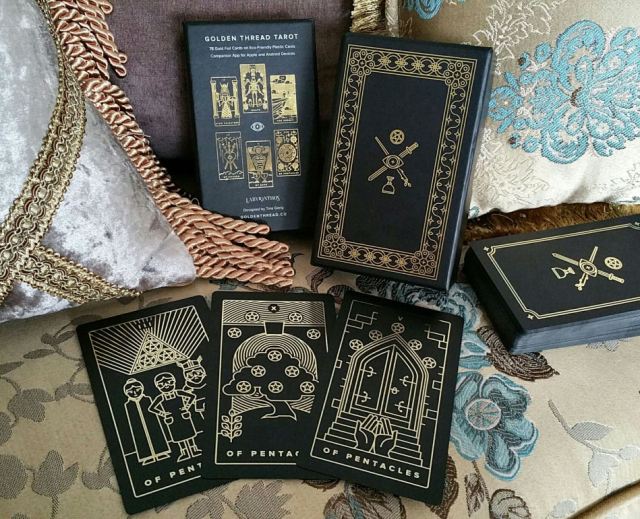 Lately my go-to reading deck has been the Golden Thread Tarot by Tina Gong, published by the Labryinthos Academy. Although as of this writing the deck has been sold out (giving you a sense of how in demand it has been!), if I were you, I’d write to the deck creator directly and see if you can get on a pre-order list for the second print run. 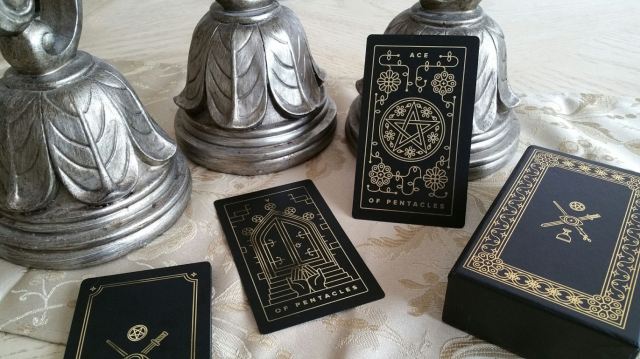 In Taoist cosmology, the Huang Tao (黃道), or Golden Path (has also been translated as Yellow Path), designates the path of the sun, representing the solar calendar. For harmony and prosperity, one should time significant life events (such as weddings, business grand openings, funerals, etc.) to the Golden Path. The Golden Path also represents the space-time continuum. Whether Gong was cognizant of it or not, the Golden Thread Tarot pays homage to the Golden Path, which is particularly poignant, given that the tarot deck as Gong has created it is purposed for divination and insight into one’s Golden Path. As modern and fresh as the Golden Thread Tarot is, it connects to a very ancient, very traditional cosmological and metaphysical principle.

Gong began the deck as an illustration project, though it evolved into both the physical deck you see pictured here and a companion mobile app. You can learn more about the app here on her website. I often say that I use tarot like a lantern, holding it up to shine through the darkness and gain you greater visibility for what is around you, so you have a clearer sense of your own path. The Golden Thread Tarot turns out to be a perfect manifestation of that concept. The opaque black background the images are set against represent the proverbial darkness and the gold line drawings illustrating the key symbols of the Rider-Waite-Smith inspired tarot imagery represent that light shining through our darkness, giving us Sight.

I also love how Gong describes the concept as inspired by the night sky and “the archetype of a single string that connected all things within the universe, threading images in a murky unknown.” Each card feels like a Jungian archetype from the collective unconscious.