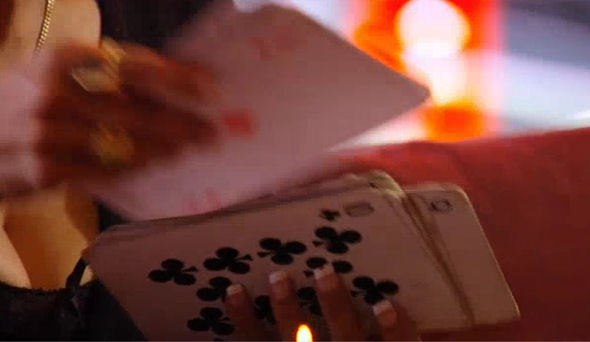 Okay, so it looks more like straightforward cartomancy than it does tarot, but still. Also, it looks like I have to own up to a guilty pleasure before proceeding: yes, that’s right, I’ve been watching BravoTV’s Shahs of Sunset, a reality show that follows a cast of socialite Persian Americans in Beverly Hills.  In Season 2, Episode 2, two of the main cast members, Asa and Reza consult with a Persian psychic, Shohreh. 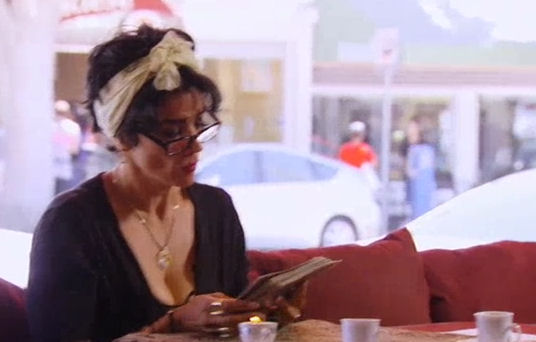 Sitting in a Los Angeles cafe, Habibi Cafe to be exact, Shohreh uses a deck of oversize cards to read about Reza. From what I could see, there are pip cards, as opposed to the pictured suits of the RWS, Thoth, or other contemporary decks. 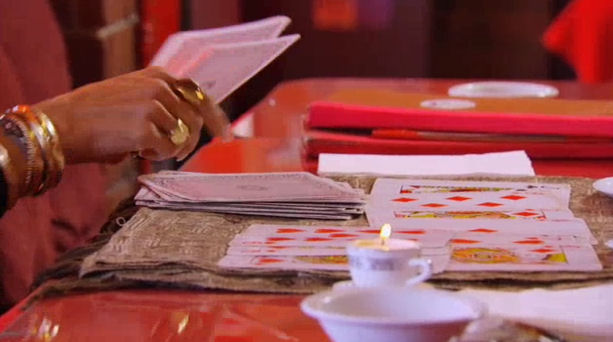 Also, whatever it was the psychic told Reza, he seemed thoroughly impressed. And where did she get that oversize deck? I want one.

Yes, this was a meaningless post. Just happy to see cartomancy get some air time.