Wisdom from the Epics of Hind is easily one of my favorite oracle decks, and the production value is perfection. The artwork is beautiful, I love Rahul Das’s style, and you’ll learn so much about how to approach professional divinatory readings from Pankhuri Agarwal’s guidebook.

This deck brings in influences from the Ramayana, the Mahabharata, the Vedas, Puranas, and the Upanishads, just to name a few. Practical advice is offered for every card, such as guidance on forest bathing (walking, breathing, and meditating through the woods to restore your health) and including foods that contain vitamin E and omega fatty acids in your diet, to the spiritual practice of kindness, how you can be both kind and shrewd at the same time and taking note of the moon phase whenever you’re feeling moody to see if there is a pattern emerging. And learn the moon mantra: Om Chandraya Namaha.

By the way, I apologize for the glare you see on the cards in these photos. You’ll find higher-res close-up views of the deck art here via U.S. Games. I love the matte two-piece box, how snugly the cards fit inside the box, and the comprehensive guidebook. The deck creator and author Pankhuri Agarwal is a tarot, oracle, and angel card reader who is also formally trained as a hypnotherapist, acupuncturist, and nutritionist. You’ll thus find these influences throughout the guidebook and in how you interpret the cards. 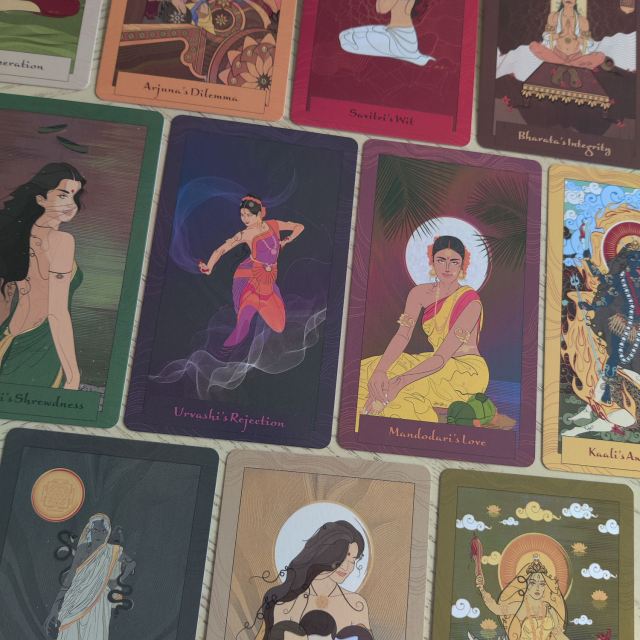 There are some intriguing tips espoused in the guidebook. For instance, “Do not use the cards when/if you are experiencing strong emotions like euphoria, anxiety, or anger.” I love how working with this deck is not unlike going to temple. Approach this work with veneration. 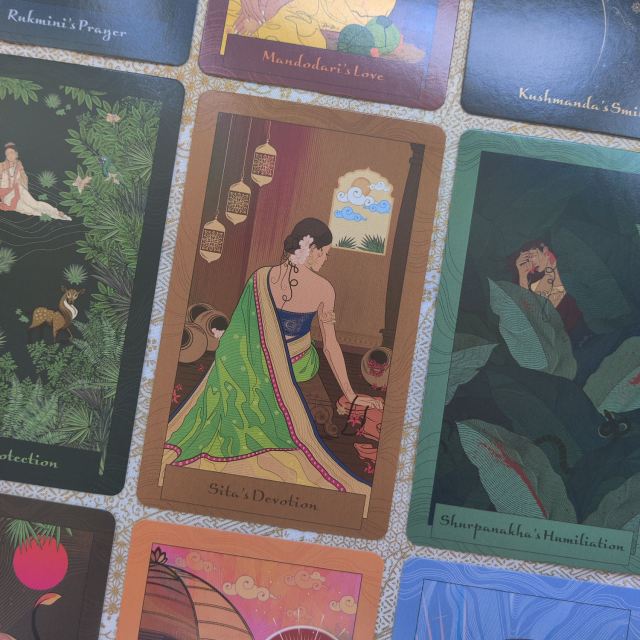 “Sita’s Devotion” is one of the 25 female cards. This is the story of Sita, who sacrifices her life of comfort, wealth, and luxury to follow her exiled husband Lord Rama into the forest. This is a card expressive of loyalty and devotion.

“Bharata’s Integrity” is one of the 25 male cards, featuring Prince Bharata, half-brother of Lord Rama. The Prince’s scheming mother caused Lord Rama to be exiled so that her own son could become king. But when Bharata learned of the injustice his mother caused, he went searching for his brother Rama to make amends. Lord Rama refused to take the throne, however, so Bharata returned, placed Rama’s wooden shoes upon the throne, and ruled on behalf of his brother, never sitting upon the throne for himself.

In antiquity Hind was the name for India used by Persians and Arabs. The religion practiced by the people of Hind was called Sanatana Dharma, a system of rituals and practices that was eventually called Hinduism. You do not “become” or “unbecome” Hindu, but rather, “Hindu” expressed the divine duties one is born with.

Wisdom from the Epics of Hind offers you practical advice for how to integrate spirituality into everyday life. A certain card draw can yield the counsel to integrate prayers of gratitude before every meal. Of affirmation recitations to help with something like chronic knee pain– “I accept the changes in my life with faith, peace, and joy.” Or reminding you to not chase that which seems too good to be true. 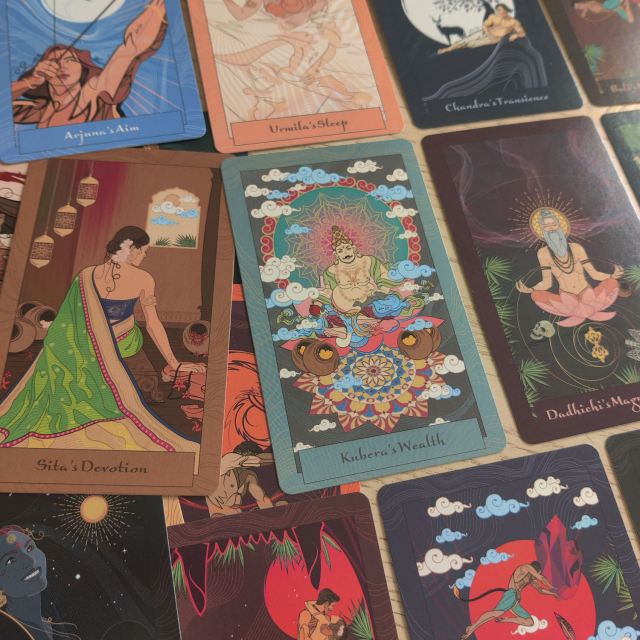 And the introduction into Indian myths and legends will enrich you. This deck and book set is a fantastic way to learn more about the characters and stories of the Ramayana and Mahabharata. I definitely fell in lobe with Agarwal and Das’s Wisdom of the Epics of Hind. An absolutely beautiful deck that’s worth a spot in your collection. 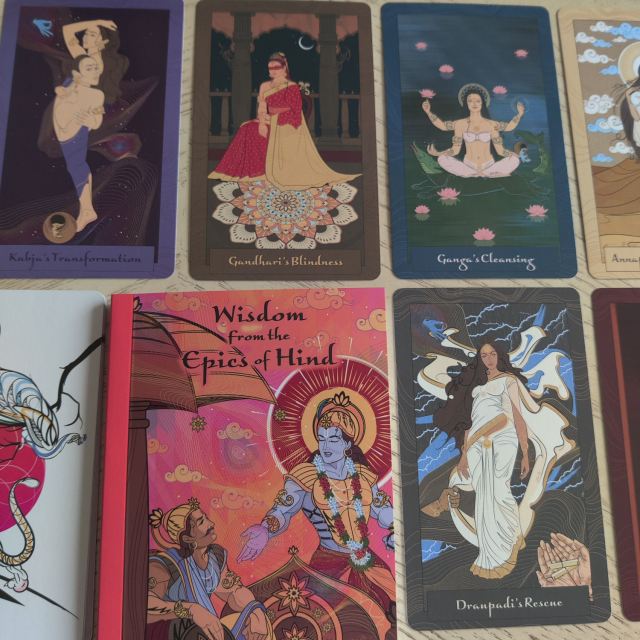 FTC Disclosure: In accordance with Title 16 of the U.S. Code of Federal Regulations Part 255, “Guides Concerning Use of Endorsements and Testimonials in Advertising,” I received the deck from the publisher for prospective review. Everything I’ve said here is sincere and accurately reflects my opinion of the deck and book.