A while back I shared zip file downloads of the above deck here. I called it the Petit Etteilla, because that’s what it was called on the British Museum page that I got the images from. 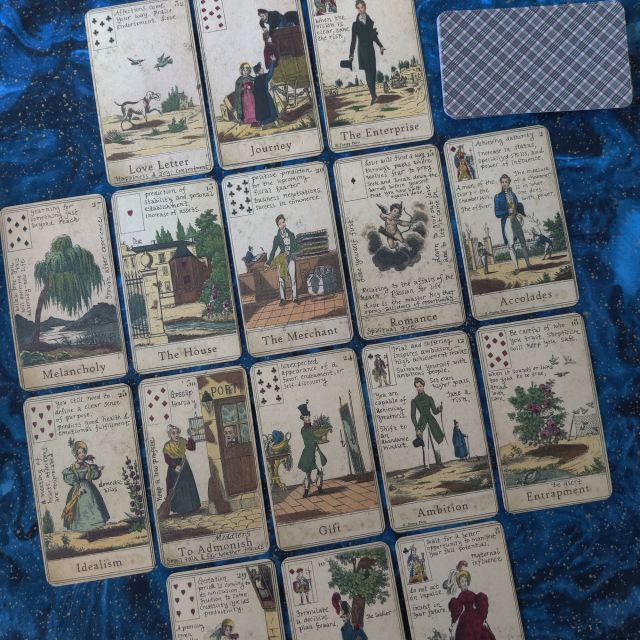 And then much smarter cartomancy community members pointed out that it’s actually a deck called the Livre du Destin, or Book of Fate.

END_OF_DOCUMENT_TOKEN_TO_BE_REPLACED 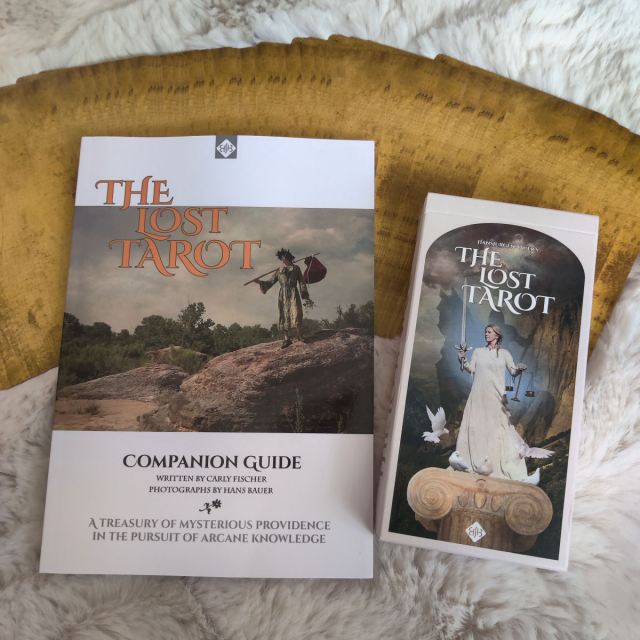 Back in 2018 I had the great privilege of reviewing the Majors Only version of Hans Bauer’s The Lost Tarot. The deck is premised on a fictionalized back story of an English merchant, William Bradford, who purchases from Leonardo da Vinci an optical device and early prototype of the modern camera.

This certain Mr. Bradford takes a series of photographs with da Vinci’s device, which was then lost in time, and only rediscovered in 1994. After some restoration efforts of those medieval photographs, The Lost Tarot is born.

Finally in 2022, the full deck is realized, accompanied by a fantastic full-color guidebook written by Carly Fischer. The guidebook is absolutely amazing. Not only does it make for a great primer on the tarot, following popular RWS card meanings, but it supports Bauer’s deck beautifully.

I do love the parchment design for the card backs. It works well with the premise of the deck. Love that Ace of Cups!

END_OF_DOCUMENT_TOKEN_TO_BE_REPLACED 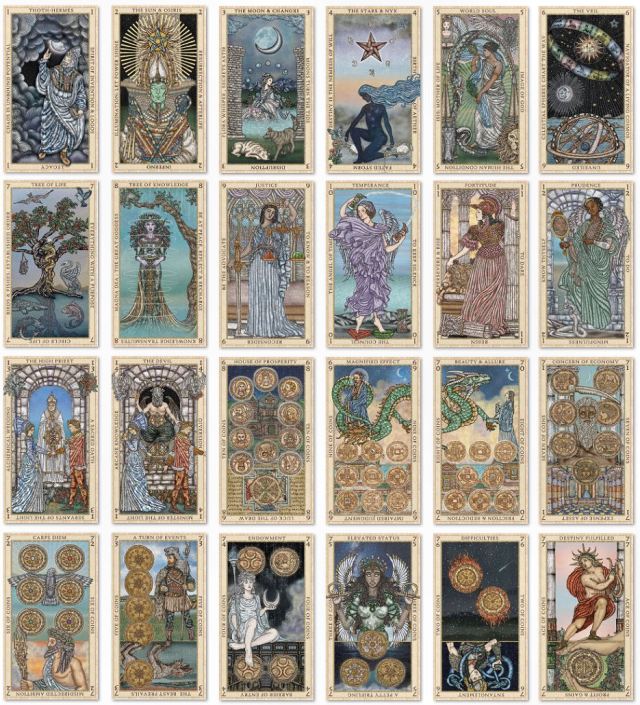 I’ll be taking a several-month hiatus from working on the Etteilla deck project because I have a book manuscript to complete. But before I take that hiatus, I want to “leave off” on a happy card. 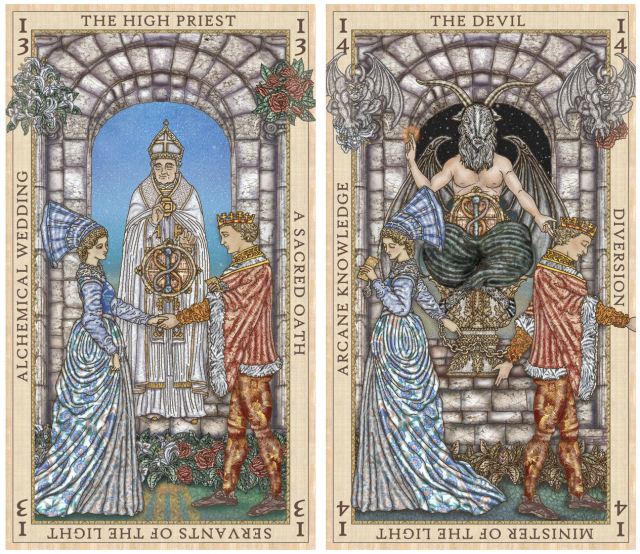 And the last card of the Second Septenary in the Etteilla– The Devil– isn’t quite the happy card I’m thinking of. =) 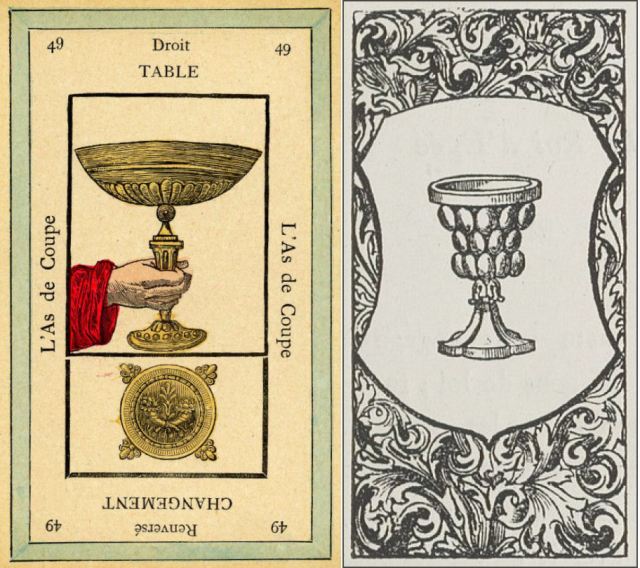 So I’ve started the Ace of Cups, and am intentionally leaving it incomplete. That way it’s the prolonging energies in my space until I return. More about that. Keep reading.

POLL #1: Should I call the suit Chalices or Cups? I think technically for this deck, it’s supposed to be Chalices, right? But Cups just flows off the tongue better than Chalices, and much easier to verbalize. Let me know what you think.