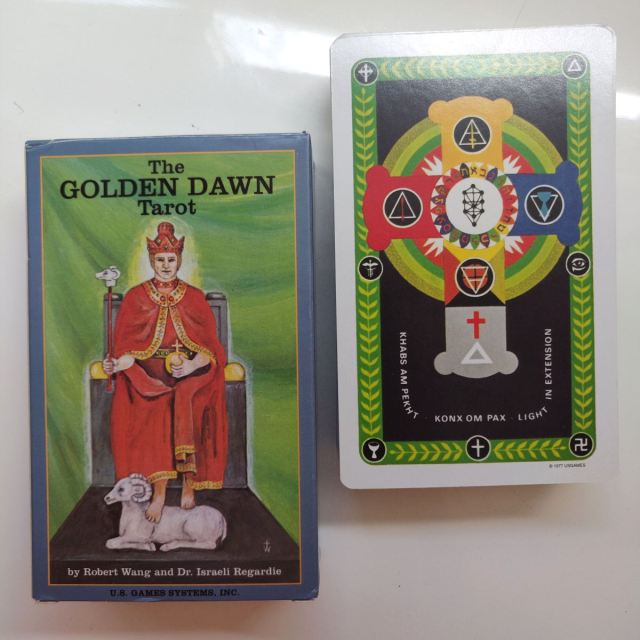 Robert Wang, perhaps best known as the author of Qabalistic Tarot, is also an artist. He created The Golden Dawn Tarot back in 1978 and later the Jungian Tarot in the 90s. There’s a companion book to the deck, An Introduction to the Golden Dawn Tarot published through Weiser also in 1978. You can digitally “check out” or borrow the text at OpenLibrary.org for an hour, which is what I did and will comment on as a supplement to this deck overview.

“Rarely has a tarot deck created more pre-publication interest than this long-awaited Golden Dawn Tarot pack by Dr. Robert Wang, a devoted scholar and researcher of the Secret Order of the Golden Dawn,” wrote Stuart Kaplan about the deck. 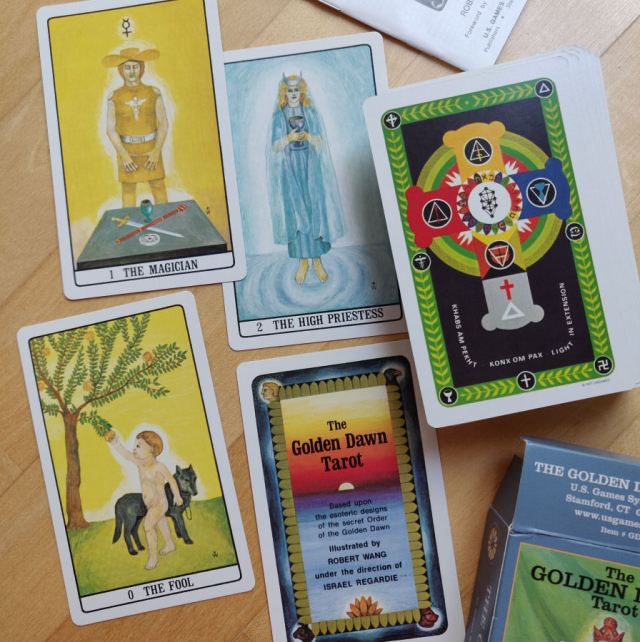 With the guidance of Dr. Israel Regardie, poring over old notebooks of members from the Hermetic Order of the Golden Dawn, Wang created the Golden Dawn Tarot as an esoteric deck intended to reveal, with greater clarity, the Golden Dawn interpretive approach to the cards. This was to be a “missing link” between the Rider-Waite and the Crowley Thoth. Kaplan described Wang’s deck as “an important rare book in the field of tarot.”