I opted to address this topic with a “Bell Chimes In” episode rather than a “Tinkering Bell” because it’s not going to be a practicum and there’s no substantive knowledge to be gained here. It’s more about my perspective and my thoughts as a practitioner of craft. So it’s just me chiming in.

If I could impart a few words to the new would-be seeker on an esoteric, occult, or mystery path, what would I say? This episode is of me giving my thoughts on where the new seeker might begin the journey…not the journey to attainment, but rather, the journey to finding your own path to attainment. (Then there’s the tough part to follow, where you have to walk it!)

Also, regrettably, after finishing and uploading the video, I realized there were points I should have clarified on (such as the “copy from the masters first” comment), so here’s the accompanying blog post to the video. 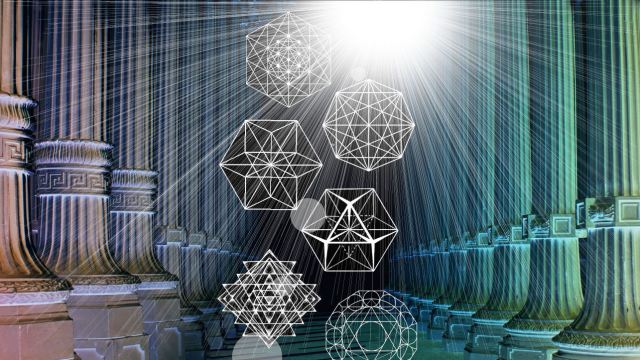 In Episode #1 of “Bell Chimes In,” I talked about my perspective on deity. That’s one place to start in your starting thoughts on deity. If you haven’t seen it, I’m linking it here.

I find that there is a lot of immediate power to be gained simply through knowledge, so for the new seeker, strive for a comprehensive education in world religions, in particular ancient religions. Go as broad as you can, exploring the most unfamiliar of cultures and terrain to you. Also learn about the esoteric and magical practices of different civilizations. Learn as many perspectives as you can on deity and this concept of a monad, or Unity. Perhaps you gravitate more toward the sciences and applying scientific principles to better understand the metaphor of the monad. Perhaps you’re interested in origins mythology of indigenous cultures and extracting core truths from those myths. Five hundred years ago, what would your ancestors have believed?

When you start to think about occultism and the mysteries of life, Western or Eastern in faith, you’re likely to start seeing something expressive of spirit in everything, whether it is a person, an animal, a tree, or even a rock. You start to intuit how everything might all be connected in some way and dialed into a oneness.

Begin turning your attention to considerations of that oneness. Before you read any spells or pick up tarot cards or try to read someone’s palm, parse through your feelings and thoughts about oneness and that concept of monad, compare it to how people from a variety of cultures and histories express that same concept, and start looking for patterns that light your way toward truth and knowledge.