In my last SKT update sharing the Bill of Lading, I shared the version with the ship my decks were supposed to be on. But something happened with the manufacturer, they didn’t get the boxes on board in time, so it was delayed. It had to wait for another vessel, and the manufacturer simply didn’t think to update me until I proactively reached out and asked.

Here’s the actual Bill of Lading:

I was tracking the vessel named “EVER FEAT” thinking that was the boat my decks were on.

My decks never made it on to EVER FEAT due to delays.

Instead, it’s on CMA CGM LOIRE (click on the hyperlink to track the ship).

For anyone who has been tracking EVER FEAT like me, tracking info said it landed, which is why I reached out to my manufacturer in China.

And that’s when it was confirmed to me that no, nope, my decks aren’t on that ship; they’re on CMA CGM LOIRE.

CMA CGM LOIRE is currently still in the South China Seas, estimated to arrive in the Port of Oakland on September 12, 9 am local time (Pacific).

The ship is flying the flag of Malta. The ship’s home port is the Port of Valletta, or Grand Harbour on the island of Malta.

Tracking its location right now and taking a screen shot at the time this update is posted, here’s the location of my decks:

I’m still working with my manufacturer to understand why this one-month delay happened, letting me track a ship that my decks weren’t even on, without them correcting me and giving me an accurate update.

Something funny did happen to me about a week and a half ago, though. A fellow called my cell sounding super urgent (already a red flag, to me) talking about my shipment and how I needed to sign power of attorney over to him for him to receive shipment, a photocopy of my driver’s license, and a photocopy of my social security card. Um… what??!!

Of course I thought it was suss. So I wasn’t going to do anything until I checked in with my manufacturer to make sure that this dude was legit. Like the way he talked, how he was all rushy-rushy and urgent, and telling me I had to be rushy-rushy or else my decks won’t ship in time and won’t board the vessel…

One little thing that had kinda bothered me was how he kept asking for James rather than wanting to talk to me. He made comments like, “You know what, let me talk to your husband instead. I think he and I will be able to clear this up better than you and I can.” Um. What the hell is that supposed to mean? No. You talk to me. My cards. My shipment. My business.

Anyway, the confusion took several days to clear. It turns out he was legit. He was a broker that my manufacturer in China had hired on my behalf, located in San Francisco, to oversee the import. The power of attorney was to authorize him to receive the shipment at docks on my behalf, and then arrange for the decks to be transported from the port to my house, my front doorsteps. Hence, door to door service, which was the shipping option I had ordered.

I think that hold-up contributed to the decks not making it onto EVER FEAT and having to board the subsequent vessel, I don’t know. But that’s my best guess.

In retrospect, in the future, because I live so close to the Port of Oakland, if I ever were to do this again, I would skip the step of hiring a broker and do it all myself, which apparently you can! The CBP allows for it. You aren’t required to have a broker.

And it’s not rocket science. There’s this ISF (Importer Security Filing) form, known as a 10+2, that you have to fill out and submit to U.S. Customs and Border Protection. You just need to accurately report the goods for the Commodity Harmonized Tariff Schedule, which for us is this:

Then there’s a CBP Form 7501: Entry Summary that you fill in, reporting the valuation of the stuff you’re importing, declaring the commodities, declaring who you are, etc. And if you don’t even import all that much each year, you don’t have to get a bond. The filing fees you pay out of pocket are nominal compared to the hiked up price schedule for the “door to door service” a manufacturer would hire on your behalf to do all this. 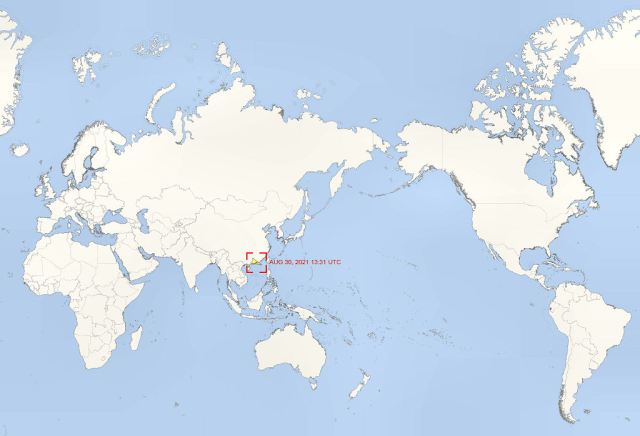 So that’s the latest update on the whereabouts of the SKT decks. Correction on previously reported info: The decks are on the vessel CMA CGM LOIRE with estimated arrival time in the Port of Oakland September 12. At that time it’ll need to go through customs check, and I will continue to keep you posted as best as I can.